During the seconnd Board Meeting of 2017, on November 7 in Rio de Janeiro, Brazil, the new President of WPO (World Packaging Organization – www.worldpackaging.org), the Australian Pierre Pienaar, elected on May during Interpack, announced his new Executive Board for 2018-2020 term.

WPO program in Brazil was organised by local member ABRE (Brazilian Packaging Association), and also included the WorldStar judging, the most recognized packaging award in the globe. WPO members also had the opportunity to participate in a seminar about food waste. Outgoing WPO President, Thomas Schneider, explained that food waste is ‘an issue that we have been working hard to combat since we became part of the Save Food project, an initiative from FAO (Food and Agriculture Organization), a branch of UN (United Nations), and Messe Düsseldorf.’
About 20 WPO members, representing 16 countries, were in Rio de Janeiro and participated in all events. They also voted on 318 packaging projects – from 38 countries – registered in the WorldStar Award 2018. This prestigious award recognises global excellence in packaging across many categories and includes the special categories: – President’s Award, Sustainability Award, Marketing Award, Packaging that Saves Food Award and the newest Lifetime Achievement in Packaging Award. The WorldStar Award ceremony, where the winners will be named, is scheduled for May 2018, on the Gold Coast in Australia. 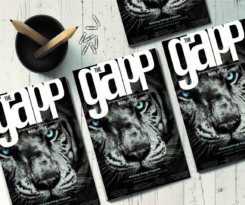