About 10 years ago, a well known and well-liked Johannesburg Printer, since retired, said to me that he dreamt of the day when he could wake up in the morning, go to his Print works, switch on the lights and then …… just press a button and after that everything would be automatic.

The Printer, now living happily in the Western Cape, had taken his company from Monotype hot metal through the computer age and into the 21st century and had become entirely digital.

Even so he still employed a full complement of highly skilled staff, who shared his passion for outstanding customer service and satisfaction. With the advent of Robotics, his dream may be on the cusp of coming true, and I am unsure whether this is a giant leap forward or a stumble.

Eight decades ago, an economist, John Keynes, predicted that over the course of the coming century, living standards could rise four to eight times and that this would herald a new problem for humanity – ‘How to occupy their leisure time which science and technology will have won them, and to still live wisely, agreeably and well’.

John Keynes could not foresee the internet, Google, Twitter and all the toys which now preoccupy our lives and yet the average working week in Britain is down by nearly 40 per cent – from 50 hours per week to just 30 hours – and this could decrease even more dramatically with the advent of Robotics – BOTS.

Printing is a manufacturing process. Just like the automotive industry which makes extensive use of ‘Bots’ to perform highly repetitive and precision operations, Bots are now moving into the Print process as I am sure will be seen at the forthcoming international shows.The first place to see the effect of Bots will be in the finishing department.

A recent report, The Future of Employment: How susceptible are jobs to automation, by Michael Osborne and Carl Frey of Oxford University’s Martin School makes fascinating reading. It followed on from original research into the topic that was carried out in the US.
According to the research, some printing industry roles are more vulnerable than others. Printers are in the top 100 of jobs at risk, ranked ‘quite likely’ with an 83 per cent chance of being replaced by automation.

The picture is even bleaker for print finishing and bindery operatives, ranked 31st with a 95 per cent probability of a robot doing their job instead.

Prepress technicians were rated ‘too close to call’ at 57 per cent likelihood.

Jobs involving empathy, or a requirement to come up with creative ideas, are least likely to be replaced by robots. Senior roles such as production managers and directors, and indeed chief executives, were also ranked ‘unlikely’ to be replaced.

BPIF chief executive Charles Jarrold said, ‘Robots can be a tool, but they’re not going to initiate improvement programmes. That’s where people and frontline staff will remain important.

‘We as an organisation have a responsibility with regards to training and apprenticeships to make sure we don’t train people up for jobs that will be automated. So, it’s important for us to look at this,’ he added.

The march of technology and automation in printing has already done away with print jobs that were abundant in the 20th century, such as typesetters and film planners.

Many large-scale newspaper, magazine and book printers make use of robots for some tasks, including paper logistics and palletisation.

But robots are not the exclusive preserve of huge industrial-scale print sites. James Buffoni, commercial director at the Ryedale Group in north Yorkshire, said the company had been using robots for many years. ‘We developed bespoke robotics about 10-15 years ago in order to increase capacity and flexibility. It was not about replacing jobs, it was about allowing us to cope with seasonal peaks and troughs because in our rural location it’s not easy to find temporary staff.’

Zünd showed a new pick-and-place robot at Fespa earlier this year, while LasX has dubbed the combination of laser cutting with high-speed robotics ‘extreme finishing’.

The printing industry uses a lot of different machines through the production chain, and at the majority of these machines, the material has to be lifted from pallets and to the machines and back again by the operators. Most of these handling activities can be robotised, removing repetitive, heavy and exhausting jobs from the operators, so they can focus on the activities, where their human skills are used most efficiently.

We all think, we know what a robot is, but it is difficult to explain. The official ISO description of a robot is:
‘An automatically controlled, reprogrammable, multipurpose, manipulator programmable in three or more axis, which may be either fixed in a place or mobile for use in industrial automation applications.’

A robot is a helper or agent, which contains:
a) A manipulator, which can perform a range of mechanical activities and movements

b) A ‘brain’ (a computer), which makes it possible to program and store various tasks, which the manipulator then can be asked to perform. A robot is excellent for repeatable, dirty, heavy and boring jobs.

What is a co-worker robot?
The basic assumption is that humans and robots under no circumstances must be in the same working area, while allowing the robots to move. This makes it impossible for a robot and a human being to work closely together on the same job.

A co-worker robot has a limited lifting capacity and a highly sophisticated safety system, which allows it work in the same area as a human being. So, while the human being holds the bolt, the robot handles the nut.

These are called ‘Cobots’ as opposed to ‘Robots’.

A Cobot or Co-robot (from collaborative robot) is a robot intended to physically interact with humans in a shared workspace. This is in contrast with other robots, designed to operate autonomously or with limited guidance, which is what most industrial robots were up until the decade of the 2010s.

Cobots were invented in 1996 by J. Edward Colgate and Michael Peshkin, professors at Northwestern University. A 1997 US patent filing describes cobots as ‘an apparatus and method for direct physical interaction between a person and a general purpose manipulator controlled by a computer’.

What on earth are we doing with all this extra leisure time?

In the ideal society, as depicted by Thomas More in Utopia, the working day is shortened to just six hours. In 16th century England, when More was writing, a six-hour work day would have been unthinkable for most people. Utopia’s shortened workday was intended to maximise leisure time, and for the Utopians there was no greater leisure activity than ‘the improvement of their minds, in which they think the happiness of life consists’.

If we look at the origins of the word leisure, this connection to improving one’s mind persists. The word leisure derives from the Greek skhole which, through the Latin schola, gives us the modern English word school.

Today, many complain that education (school) has become overly focused on simply providing young people with the knowledge and skills to join the workforce.

Sitting in a coffee shop in a mall, I realise that this is where a great deal of our leisure time is now spent. Malls might do well to rebrand themselves as ‘leisure labyrinths’, places we go to get lost in leisure. Looking around my local coffee shop I see people on phones, gazing almost lovingly at the screens and performing the ubiquitous one-fingered dance: tap, tap, slide, linger.

Whether this activity is leading to the improvement of the mind is anyone’s guess.

Editor’s comment:
The concept of a printing plant with limited or no human intervention is not new. In fact, it was the very reason for the first development of computer-to-plate prior to this technology being launched at Drupa 1995. One of the largest printers in the world RR Donnelly had expressed the desire to have a ‘No-lights’ plant as far back as the early 1990’s. One aspect of this was the design and manufacture of a computer-to-plate system by the then revolutionary company Creo, which created a device to make plates without the need for film. For more than a decade, Creo was the leader in the computer-to-plate market and much of its technology was used by many of the other players in the industry.

Modern press manufacturers are making use of advanced mechanical and electronic systems (essentially robots) to reduce the number of processes which have to be handled by humans. Think of automatic plate loading and unloading with automatic ink duct setting. While it may be a while before true Robotics make any real inroads, it is clear that with vision and the right motivation, anything is possible.

The worlds of security print and packaging are in danger of colliding. Will this be a catastrophe or a fresh beginning? 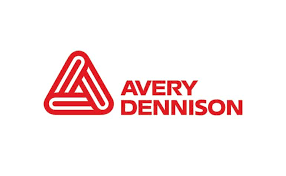