Analyst Insight by Pavel Marceux – Contributing Analyst, Technology, Communications and Media The implementation of information and communications technology (ICT) services and platforms can lower growing corruption levels in emerging economies. By digitalising government apparatus and embracing citizen reporting, states can transform interactions between citizens and bureaucratic middlemen, and ultimately cut down the influence of a shadow economy. This process, which includes e-government and crowdsourcing, can help improve the business environment for firms, cut unnecessary costs for consumers and raise transparency levels and efficiency in government. However, the small proportion of the developing world’s population using the Internet poses a barrier to successful digital anti-corruption measures. E-Governance Equals Extra Protection Against Corruption Emerging countries dominate the lists of the most corrupt nations, with shadow economies costing governments significantly in lost tax revenues and a negative impact on business environment. For example, Russia ranked 133rd out of 174 nations in Transparency International’s Corruption Perceptions Rankings of 2012, while other BRIC nations ranked some way outside of the top 50 least corrupt countries. However, the implementation of online portals that serve as a gateway between governments and the governed remove the need for physical interaction, which often serves as a catalyst for cash dealings in return for the approval, fast-tracking or progress of state services. By making bureaucratic processes automated they become recorded, similar to a cash register in a shop, reducing the potential for kick-backs, bribes and other illegal, but commonly-accepted activities. Users, whether consumers or businesses, can perform transactions, such as applications for permits, social welfare or taxes, via e-government platforms safely and without threat of monetary intimidation. The Business Environment, Corruption Levels and Digitalised State Services Are All Linked The e-government anti-corruption model is being rapidly taken up globally: •Russia launched an online traffic fines payment system in 2012, cutting down on widespread police-bribing habits for minor offences that saw revenues escaping from state coffers; •In early 2013, India brought up the potential of enforcing mandatory use of its official online passport application system, which it hopes will eradicate some corruption within local administrations; •Brazil has had a state-led Transparency Portal since 2004, which acts as a data transparency mechanism for public sector financing and budgets. In 2012, the state released public sector salary data for over 700 000 employees on the site. This accountability trend is providing opportunities for businesses to function in a more stable environment, while making market entry smoother for global brands. Russia, India and Brazil, despite being very lucrative emerging markets, were all placed outside the top 100 nations in the World Bank’s Ease of Doing Business rankings in 2013, with corruption playing a major part for the weak performance. Countries with poor business environments also traditionally perform weakly in the UN’s E-Government Survey, which assesses e-government capability. Increasingly, good e-governance is being linked with lower corruption and a better business atmosphere, which offers strong opportunities in emerging markets for IT solutions providers, cloud computing firms and telecom contractors. Internet Gives Consumers the Platform to Report Corrupt Practices Emerging-country consumers are not entirely reliant on their governments for standing up to corruption and increasingly citizen initiatives are being adopted for crowdsourcing platforms, which provide a public forum for Internet users. In fact, crowdsourcing sites that focus on reporting bribes and signalling out corrupt officials have seen the greatest success in emerging economies, where more commercial crowdsourcing platforms hold limited Internet user penetration. Some of the most successful platforms include Ipaidabribe, an India-based global corruption database, Indonesia’s Lapor portal, and Russia’s RosPil. The public appeal of such sites offers an entry for many first-time emerging web users into segments including crowdsourcing, blogging and social media, while the potential of holding a state to account anonymously and digitally is a potential game-changer for how developing governments function. The method by which government tenders are given, how tax revenues are spent and what public projects are undertaken could all be heavily influenced by anticorruption consumers. Barriers Remain to a Successful Digital Overhaul Although ICT can certainly play a major role in combatting corruption, there remain significant barriers for emerging economies in its implementation: •Not enough emerging consumers are online. Only 27.7 percent of the developing world’s population was online in 2012. This means that only a minority access web services such as e-government or crowdsourcing; •E-government platforms replace human labour, with public sector workers likely to oppose such reforms unless they are compensated, while the costs of rolling out sufficient telecom infrastructure may be prohibitive for some poorer countries. Nonetheless, despite the challenges, ICT offers a long-term solution for cutting endemic corruption in emerging markets and removing the human fallibility factor where necessary. See more at: http://blog.euromonitor.com/2013/10/how-information-and-communications-technology-can-cut-corruption-in-emerging-markets.html#sthash.Ws4wqLM5.dpuf 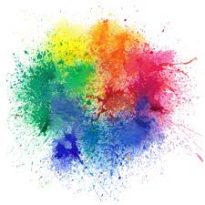 Make sure your printing makes a killer first impression!