Tetra Pak, the food processing and packaging solutions business, has made strong progress in 2013 towards its 2020 environmental targets, focusing on developing sustainable products, reducing environmental footprint across the value chain and increasing recycling. To make packaging products more sustainable, Tetra Pak focuses on increasing the use of renewable materials from natural resources that grow back when properly managed, such as wood and sugarcane. On average, 75 percent of a Tetra Pak package is paperboard, made from wood. As a Forestry Stewardship Council (FSC) certified company, Tetra Pak is committed to sourcing from responsibly managed forests and other controlled sources with the aim of using 100 percent FSC-certified paperboard. This percentage has risen from 38 percent in 2012 to 41 percent in 2013. Meanwhile, 32 billion Tetra Pak packages carrying the FSC-label reached consumers last year, an increase of more than 5 billion over 2012. As a long term ambition, Tetra Pak aims to develop a fully renewable package. One major step forward in 2013 was the global release of the bio-based LightCap 30 made from high density polyethylene (HDPE) that derived from sugar cane. Across the portfolio, 1,1 billion packages with such bio-based caps hit the market in 2013, almost doubling the number for 2012. Tetra Pak has set a goal to cap climate impact across the value chain at 2010 levels by 2020 while still growing the business. To achieve this, a number of initiatives have been introduced, including the development and audit of an accounting and reporting system in line with the Green House Gas Protocol Corporate Value Chain standard. Between 2010 and 2013, Tetra Pak reduced the climate emissions from its own operations by 2 000 tons CO2e (carbon dioxide equivalent), while achieving a 12 percent growth in the number of packages sold. Tetra Pak reports the progress of its climate programme publically through CDP. In 2013, Tetra Pak improved the CDP score from 77 to 91, which is considered very high, compared to an industry average of 49. CDP (formerly known as the Carbon Disclosure Project) is an independent non-for-profit organisation that supports companies to measure, disclose, manage and share vital environmental information. 2013 also saw the launch of a number of equipment and service innovations that supported customers in reducing their environmental footprint. For example: Tetra Alcross RO Lite was made available to small- and medium-sized cheese producers to transform whey with excess water from a food waste into a product. Tetra Vertico, a new generation of heat exchanger unit, was launched to improve energy efficiency in heating and cooling a wide range of prepared food products. And TPMS (Tetra Pak Maintenance System) On-line was introduced to provide maintenance to machines based on the individual status instead of a standardised schedule, significantly improving efficiency and optimising performance. Tetra Pak is committed to increasing the recycling of used beverage cartons, aiming to double the global recycling rate by 2020 to 40 percent, focusing on raising consumer awareness, sharing knowledge and expertise, facilitating collection infrastructure and supporting recycling technology development. In 2013, the global recycling rate of Tetra Pak packages reached 24,5 percent, with about 43 billion being recycled, 4 billion more than the previous year. One market which showed great progress in collection infrastructure was the United States, where the consumer access rate to recycling infrastructure grew from 41 percent to 48 percent between 2012 and 2013, equating to access for approximately 7,9 million new households. Tetra Pak drives recyclability as part of its product innovations. In 2013, the company launched Tetra Evero Aseptic 1000 Separable Top, a product designed to enable consumers to detach the plastic top from the carton sleeve, allowing them to be recycled separately. ‘Achieving environmental excellence is part of the company’s strategy towards 2020 because we believe it is crucial for the future of the company and our customers. We drive environmental performance in every step of our operation, from sourcing, development of processing and packaging systems, to services and support provided to customers. This is the very reason that we have continued to be successful in meeting ambitious targets,’ said Claes Du Rietz, VP, environment at Tetra Pak. 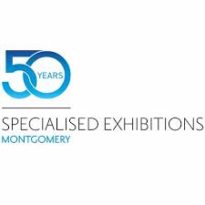