Bytes Document Solutions recently unveiled the Xerox Versant 2100 press to its resellers and customers at an exciting event held at the Killarney Race Track in Cape Town. The speed of the Versant 2100 was matched by equally high-octane antics behind the wheel, giving delegates the opportunity to see the effect of controlled speed. That’s according to Paul Haglich, marketing manager for production systems at Bytes Document Solutions, who said that with the business of printing changing, it is becoming necessary to tool up appropriately. ‘The introduction of technologically advanced machines like the Versant 2100 is notable as it feeds into the increased digitisation of our lives.

Today, printing companies are required to do things faster, typically with smaller, more targeted print runs. That means equipment is required which facilitates rapid, easy setup, delivers the job fast and accurately, and which incorporates some elements of finishing,’ he explained. Key challenges faced by printing businesses today include:

•The necessity for reduced internal cost

Haglich explained how the Versant 2100 directly addresses these challenges. ‘By introducing automation of a range of tasks associated with the production of professional printed output, the Versant 2100 is part of a new generation of printing presses,’ he said. For example, the Versant 2100 features a Full Width Array inline sensor that automates critical setup tasks. It baselines the press with tone reproduction curve (TRC) calibration, conducts Density Uniformity adjustments and ensures correct image-to-media alignment, automatically adjusting registration, perpendicularity, skew and magnification.

Full Width Array also automates colour calibration and profiling; the Versant 2100 automatically recovers from paper jams and features Production Accurate Registration (PAR) for consistent output from the first page of the print run to the last. ‘These are tasks which once required manual intervention that would slow down production and drive up cost,’ Haglich pointed out. ‘Our research has shown the automation in the Versant 2100 results in a 25 percent or more improvement in time spent on production, rather than associated manual tasks.’

The flexibility which print businesses require today to deliver small, targeted runs is delivered through the ability of the Versant 2100 to handle a broad range of stock weights and types, Haglich added, while a choice of Fiery print servers equips integration with the most advanced industry workflow solutions. Finishing options include high capacity stacking, hole punching and folding to square fold booklets and layflats. As for image quality, the machine introduces 1200 x 1200dpi RIP resolution outputs at 2400 x 2400dpi print resolution which together combine to produce superb Ultra HD Resolution, delivering exceptional fine details in graphic fills, sweeps, line art and text.

Concluding, Haglich sais high performance today consists of a lot more than the rate at which pages are processed through a machine. ‘On the racetracks where we launched the Versant 2100, high speed starts long before you get to the circuit, with the right equipment and preparation. In the printing business, high speed depends on the ability to quickly prepare jobs and ensure they continue to run accurately and without interruption, straight to a finished product ready for delivery to the customer.

That’s what the Versant 2100 provides today.’ Key features of the Xerox Versant 2100 include: •Output of up to 100ppm and 5900 sheet capacity, ‘reload while run’ •Support from 52-350gsm, with auto-perfecting of all weights; all stocks up to 300gsm handled at rated speed •Prints on linen, poly, vinyl, magnet stock Bytes Document Solutions will host its Gauteng event at the Kyalami Race Track in Johannesburg, Wednesday 19th November. 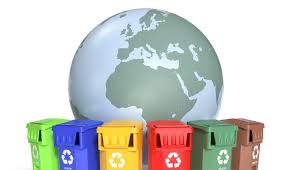 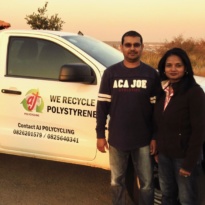