One of the most important attributes leaders and managers require is the ability to influence others. If you can’t influence others to do something willingly, you’re quite frankly going to suck as a leader or manager. There is, however, a need for more than influencing skills if you want to succeed as a leader. You need some very strong ‘control’ skills as well, but not in the way you might think. Volumes of books and dozens of courses exist to help you understand how to influence others. Most of these will also, quite rightly, explain the difference between influence and control. They will explain that leaders must seek to influence rather than control people. There is a lot of wisdom in this but I’m going to break with conventional wisdom, though, and tell you that, in addition to your influencing skills, you MUST ALSO learn control skills. And you must learn to apply these control skills to a very significant person in your life. That person is someone who has been living very close to you for a very long time. It’s the six-year-old child who lives inside of you and who has been living inside of you, well, ever since you were six. That six-year-old child NEVER wants to grow up and will, therefore, always remain six and stubborn, and therefore, wants to behave exactly how it wishes. Now you might be surprised to learn that you’ve got a six-year-old child living inside you so if you’re battling to believe this, consider the following … Ever been cut off in traffic? Remember how angry you got? Remember how you swore and felt the blood boil inside of you? Remember how you wondered how dare that person do what they did to you? That was your six-year-old child. Ever reacted spitefully to something someone said to you – even though you regretted it afterwards? Remember how you couldn’t stop yourself even though you knew you shouldn’t say what you said? That was your six-year-old child. And the more you think about it, the more you’ll find how in charge your six-year-old child really is. I have engaged with executives who can’t control their six-year-old child. They didn’t realise how foolish they made themselves look, all because they didn’t know how to control their six-year-old child. Most politicians can’t control their six-year-old child. Many sportsmen can’t control their six-year-old child, sometimes with tragic results. As you think about it, you’ll recognise many people you live with and work with who can’t control their six-year-old child. Our six-year-old child may be a bigger problem than we realised! Now that we know about our six-year-old child, what can we do about it? You need to acknowledge the existence of the six-year-old living inside of you. If you’re going to live in denial about this, your six-year-old will continue to run the show for you with embarrassing but, hopefully not tragic results. Parents around the world will agree that a six-year-old child is a challenge. They know just how wilful a six-year-old is. They know how difficult it is to discipline them and how stubborn a six-year-old can be. You therefore, have to be brave when you face your six-year-old head on when it wants to have its own way. It takes courage to handle a six-year-old child. It’s not for the faint-hearted. That’s why many parents buckle. As a parent you are not there to win a popularity contest, so, next time you find your six-year-old child wanting to have its way, be firm, stop it in its tracks and don’t give in to its immature, selfish, spoilt behaviour. If you don’t control your six-year-old it will embarrass you, hold you back and make a fool of you. It will cause problems in your interpersonal relationships and cause you to lose credibility so that no-one will take you seriously and you will never have much influence over others. They will never tell you this so, you will never know. Once you’ve got a firm hold on your six-year-old’s behaviour, you can start to build your credibility and influence. Of course, once you’ve got that kid firmly under control, do you know what your next challenge will be? Putting up with all the other six-year-olds around you – and that’s going to really test your control of your own six-year-old! Article by Alan Hosking Alan Hosking is the Publisher of HR Future magazine, www.hrfuture.net, and a mentor to Next Gen and other leaders. He is an award-winning editor, a trend spotter regarding global and local work patterns, and a Panel Member of Deloitte ‘Best Company to Work For’ Survey. His editorials appear on numerous on-line business websites both locally and internationally. He has been a Contributing Editor for two UK-based international HR magazines, and has appeared on radio and TV on numerous occasions. Alan is one of the country’s leading authorities on first-time parenting and is the author of the best seller ‘What nobody tells a new father’ which has sold 77000 copies. 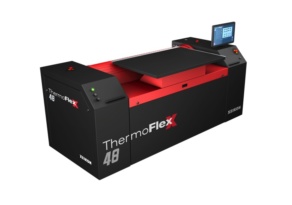 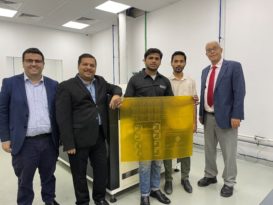