Once again, Interpack has come, and then just as quickly, gone. So many people spend so much time and money preparing for this great event in packaging. And then, in a mere seven days, it’s over. But what a great seven days it was! According to Messe Düsseldorf, the fair management, approximately 175 000 people attended this year’s event. And there is an important message in that attendance figure. Packaging continues to grow in importance, across the globe, across all economic strata. Once the demographics are released by Messe Düsseldorf and Interpack Management, I would not be surprised to learn that attendance by visitors from developing nations is up significantly. And the deepening commitment to the Save Food Initiative by FAO, UNEP, Messe Düsseldorf and Interpack, along with many leading for-profit and not-for-profit organisations around the world (including WPO!) is proof that developing nations have their place at this premier event. Save Food’s most recent meeting took place in Düsseldorf just prior to Interpack. Luciana Pellegrino, Vice President of Marketing & Communication, represented WPO at that event and she has reported to the board on the meetings. WPO once again held successful Working Group and Board meetings. Keith Pearson will be sending the minutes out in a few weeks. But I can report to you that our organisation is more active and forward looking than ever. Our education committee has its hands full with requests for funding for education projects in several parts of the world. And our marketing group has produced some great work, particularly as related to our website. Finally, Sustainability has entered the realm of normalcy. Sustainability in packaging is no longer a concept; it is part of our reality what is a very good thing. On a special note, leadership of the Education Committee changed hands at the board meeting. Gordon Stewart, longtime leader of the committee has announced his retirement and we have regrettably accepted his resignation. Gordon took WPO’s education program to the next level and we will be forever grateful for his great efforts in this regard. He will be missed by everyone, including me, as he has become a good friend with a remarkable sense of humor, always willing to tell funny stories, even about himself. So, when one door closes, another one opens. The Board of Directors took this occasion to approve a new Vice President of Education, Pierre Pienaar. Pierre, an Aussie, representing the Australian Institute of Packaging, has been involved with WPO for several years now and has become one of our most active members on the education side. I am confident that Pierre will lead the committee to even higher levels of performance in the coming three-year term. We are fortunate to have someone so well prepared to fill Gordon’s ample shoes. A note of thanks to all of WPO’s Sponsors: GPC/Salfo Group (Diamond), China Packaging Federation (Platinum) and Pack Expo International (Platinum) for their support. Special thanks go to Pack Expo International as our lead sponsor of the WordStar awards ceremony held during Interpack. WorldStar Awards were, once again, well attended by about 350 people as about 95 awards were distributed. Speaking of sponsors, WPO is excited to announce that we have a brand new sponsor. It’s Ecobliss, located in Echt, The Netherlands. Our thanks to Ron Linssen, Managing Director, and his team for his commitment to WPO as a Silver sponsor. Find them at www.ecobliss.com. More thanks go to EPIC and to Packaging Today for their financial support and also to Michaël Nieuwesteegand and his team from NVC Netherlands Packaging Centre for organising and sorting out the logistics of the Messe for us, along with making sure we were well fed and watered. Finally, a personal note. Serving as president of WPO for the last two-and-a-half years has been one of the greatest highlights of my 40+ years in packaging. The honour is quite unique and it has afforded me the opportunity to say that I have friends in more than 40 countries. Negotiating with all of our different cultures is not always easy, but it is always fun… a great challenge sometimes, but always fun. So now I must thank the WPO Board for showing their confidence in allowing me to continue as president for another three-year term, through 2017. I pledge to do my best to continue to drive WPO forward to even greater heights, with everyone’s help. Thanks! 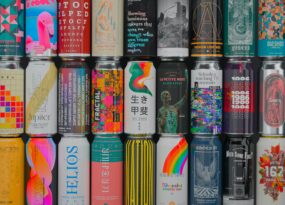