In the first quarter of 2014 press manufacturer Koenig & Bauer (KBA) delivered a double-digit increase in sales and order intake as well as significant improvements to its operating and pre-tax results year-over-year. At €241.5m group order intake rose by 20.8 percent. New orders of sheetfed offset presses were up 10.3 percent to €146.5m, while order intake of web and special presses increased by 41.4 percent to €95m. Nevertheless, demand for web offset presses remained subdued and along with order backlog it strained sales and earnings. Group sales of €213.4m after three months was 11.9 percent higher than the prior-year figure of €190.7m. Postponed special press deliveries on the customers’ side led to only a slight climb in web and special press sales from €92.5m in 2013 to €94.7m, whereas the sheetfed division generated a 20.9 percent rise in revenue to €118.7m. A slide of nearly 20 percent in domestic sales raised the export level from to 79.3 percent year-over-year. Indications that demand is gradually picking up can be seen predominantly in the south of Europe. The proportion of the group total attributable to Asia and the Pacific jumped to 30.4 percent and North America’s contribution grew to 11.4 percent. However, weak currencies in countries like Brazil and South Africa pushed the regional total in Latin America and Africa down to 6.5 percent. The gross profit margin widened from twelve months earlier to 25.4 percent. KBA posted an operating loss due to sales, but at –€10.2m this was an improvement on the prior-year figure of –€16.9m. Segmental results were mixed. After a longer period of time higher sales and success in terms of costs and prices led to an operating profit in the company’s sheetfed offset business of €1.2m. The web and special press division, which has largely been profitable in recent years, posted an operating loss of €11.4m given postponed deliveries of profitable security presses and insufficient capacity utilisation at the group’s web press facilities. Following a slight financial loss of €1.9m KBA improved its pre-tax loss by a third from €18.8m in 2013 to €12.1m. A group net loss of €14m corresponds to earnings per share of –€0.85. At –€51.3m cash flows from operating activities were negative due to lower customer prepayments, a temporary rise in inventories and a drop in trade payables. After deducting cash funds for investing activities the free cash flow came to –€54.4m. At the end of March funds stood at €131.2m and KBA has access to ample credit lines. After deducting bank loans totalling €22.3m net liquidity remained solid at €108.9m. According to KBA president and CEO Claus Bolza-Schünemann the implementation of Fit@All for the restructuring of the KBA group ‘made good progress’ in the first quarter of 2014. The programme was approved in 2013 and will be in force until 2016. Cancellation and phased retirement agreements, social wage agreements and social compensation plans were agreed for around 700 employees at various locations as part of the planned group-wide reduction of 1000 to 1500 jobs by the end of 2015. Further talks with union and workforce representatives about other capacity-orientated staff adjustments are progressing well. Training measures for preparing the relocation of internal production activities between the individual plants have also begun. Given the periods of notice which must be observed, upcoming relocations and pending outsourcing options, the gradual implementation of personnel adjustments will not finish until the end of 2015. Along with adapting capacities to shrunken market segments, the realignment of KBA focuses more strongly on growth markets, such as packaging printing. In this context Bolza-Schünemann refers to KBA-Kammann for the direct decoration of glass and KBA-Flexotecnica active in the prosperous flexible packaging segment. The integration of these two subsidiaries which joined the group in 2013 ‘is well underway’. As a result there were 6237 employees on group payroll at the end of March 2014, compared to 6187 twelve months earlier. Excluding staff from the newly consolidated subsidiaries, apprentices, trainees, temporary employees and staff on phased retirement schemes, the group workforce sank by 166 to 5307. The total will soon fall to below 5000 as it includes many employees who have already left the company or those who will leave in the course of the year. According to Bolza-Schünemann this year, ‘will also be characterised by the implementation of Fit@All. This programme will realign our traditional offset business to a significantly smaller and structurally fundamentally changed press market environment.’ Despite a rise in order intake and sales in the first quarter, ‘we continue to target stable group revenue of €1bn to €1.1bn for 2014.’ KBA’s relatively young field of digital printing technology as well as presses and systems for packaging printing and special markets are expected to make larger contributions to sales and will bring about a change in product mix of the group. The press manufacturer already made extensive provisions against earnings for the restructuring of the group in its financial statements for 2013. The special expenses attached to this realignment in 2014 will be limited, but they will have an slight impact on this year’s results. ‘As in 2013, we are aiming once again for a positive operating result before special items,’ said KBA’s CEO. As the profit-boosting effects will only fully come into effect after the implementation of the Fit@All programme, the management board expects group earnings before taxes (EBT) to be negative once again this year. Photo 1: KBA delivered double-digit increases in sheetfed offset sales and order intake in the first quarter of 2014 and posted an operating profit 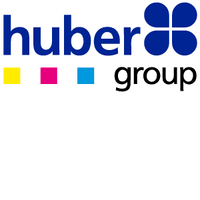 Successful recycling of printed plastic films and processing of recyclate