Innovation and differentiation are the key elements in staying ahead in the increasingly competitive packaging industry. Nampak, Africa’s largest packaging manufacturer, continues to offer innovative solutions for its customers, demonstrating their commitment providing value to and improving customer’s brands. This commitment to innovation was recognized by the World Packaging Organisation by winning several international WorldStar packaging awards.

WorldStars are awarded to packages which have already won recognition in a national competition. The packages are compared by an expert panel of judges to similar packages from around the world and winners are based on consensus that a package is superior in its own right, and better in its class in execution or innovation by comparison.

Nampak Megapak, Africa’s leading manufacturer of plastic trays, crates and drums won a WorldStar Award for their improved version of the live bird crate designed and manufactured for Poltek, the leading supplier and manufacturer of poultry equipment in South Africa. The re-designed crate is simpler, lighter, more space efficient and environmentally friendly, as well as being designed to take the best possible care of the birds during transportation.

The new crate (32 percent lighter than the old crate), requires less resin and energy to produce contributing even further to a reduced carbon footprint. The required strength for the new crate is achieved through designing for flexibility rather than rigidity. The new live bird crate has a stacking top load physically tested at 500 kg before any deformation starts, with stacking top load peaking out at 800kg. All parts are made from the 100 percent recyclable HDPE.

The clips which join the two halves together are designed to be extremely strong, and are fully protected from impact damage when the crate is assembled. The two halves can be unclipped to enable better cleaning. The flush fitting lid has no protrusions or screw ends and the easy unclipping of these crates makes cleaning easier, reducing the risk of disease. The patented sidewall design of the crate creates diamond shaped ventilation channels between stacked crates. This is seen as a major improvement by Poltek as it reduces stress and increases airflow for poultry during transportation.

Nampak Flexible won the WorldStar award for their re-sealable chocolate packaging. Nampak flexible was selected as a strategic partner after undergoing a stringent pre audit by Mondelez to determine their capability in terms of delivering the necessary levels of functionality and security in line with international standards, resulting in the delivery the world’s fastest Value-Added Flow Pack (VAFP) converter approval and implementation to launch the technology for the re-sealability of Cadbury Dairy Milk slabs.

The cold seal application along the fin of the tablet allows the pack to be re-closed throughout. The offset fin also ensures the consumer knows where and how to open and re-seal, without tearing the material. This innovation is in line with current local and global trends in the market, indicating that consumers are constantly seeking new experiences beyond the product.

The launch of the Cadbury Dairy Milk’s re-sealable packaging was a multi-million Rand project, requiring training, machine and process modifications that were necessary to achieve the desired effect of improving the visibility of the brand as well consumer convenience.

Nampak Bevcan won the WorldStar award for their new cold rush, easy flow can developed for Castle Lite. Over and above the attractive blue internal lining and the thermochromic, temperature sensitive icon enhancing the design; it now has a cold rush, easy flow aperture. The new lift-and-twist, ‘easy pour’ end was developed by Crown, Nampak Bevcan’s technical licence partner and the specialised tooling was supplied by Stolle. The opening of the can has a distinctive extended score line on the left side of the rivet which allows for a wider opening allowing air to escape and for the contents of the can to flow out faster and more smoothly – whether being poured or sipped.

The easy-pour end is an innovative first in South Africa, providing a new experience in the opening ritual which is elevated from a simple ‘pull tab’ action to the ‘flip, twist and flow’ movement. Once open and ready for consumption, the Castle Lite beer flows smoothly and more easily. 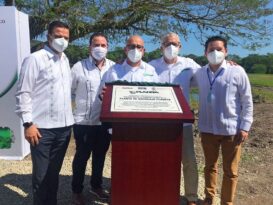 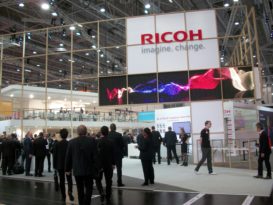 Ricoh Drupa 2020 will be Ricoh’s biggest ever 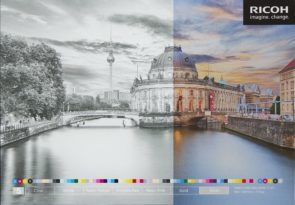