Modern technology has resulted in production techniques being simplified and areas of production overlapping. An example of this is printing onto material. There is the traditional method of silkscreen printing for T-shirts and other garments, but in recent years other techniques have been developed which allow for shorter runs or increased productivity to be handled. Signage has also seen different production techniques.

This has resulted in more players and different technologies becoming active in sectors which were the exclusive domain of silkscreen printers. High-speed cutters and self-adhesive vinyl and heat-sealed flocking mean that there are new and alternate methods to the production of signage, decals, displays and clothing designs.

One company which has been formed as a small start-up is Lanford Agencies. While it is part of a larger group comprising 13 companies active in a number of different industries, Lanford Agencies is starting to make a name for itself in the production of promotional items, signage and corporate clothing. While this may previously have been considered a printing process, modern printing and cutting systems have resulted in the democratisation of this activity.

Company owner Lee Ashford originally installed a small-format cutter, a Silhouette CAMEO with the aim of producing short-run promotional items and prints for T-Shirts. While the cutter was capable of doing the work, the rapid response from customers meant that its size and relatively low speed were simply not capable of keeping up with demand. Lee commented, ‘Our first cutter was fine in the beginning but as volumes increased I soon realised that it was not going to be able to handle the quantity required. Not only that, but it was limited to handling A4 size sheets of vinyl or flocking and this meant that there was a lot of waste when cutting down from rolls.’

It was then that Lee started to investigate the systems available on the market. Extensive internet searches showed that a large-format cutter was necessary, both from a size and a throughput perspective. One solution which came up repeatedly was a large-format cutter, a V-Smart Vinyl Cutter from Advanced Machinery in Johannesburg. This particular cutter handles rolls of vinyl or flocking material in a range of widths up to 1.3m and of any length depending on the size requirement.

Lee added, ‘The majority of the cutting we do is smaller in size but can be very intricate. Also, we handle short to medium runs where we have the ability to nest multiple items next to each other for a single cutting session. This saves time and material with the result that it is more cost-effective.’

Flocking is available in a range of colours and thicknesses for the creation of different effects on clothing. Once the flocking has been cut it can be applied to most materials using a heat press. Some heat sensitive materials will not work, but the heat is generally not intense enough to burn the majority of clothing materials.

The machine is versatile and can handle designs of all levels of detail from very basic outline cuts through to highly intricate designs which require hundreds of cuts. Lee commented, ‘Not only is the machine capable of intricate designs it is also very fast. Very often when you read the specifications of a machine you know that you need to reduce the stated speed because that is based on optimal conditions in a lab environment. This cutter has impressed me every time I use it. I am often surprised that a job is finished so quickly. It far exceeds my expectations and is many times faster than my small machine. I initially believed that I would rely on the small machine and only use the big cutter when I had larger jobs. In five months I have not had to turn on the small machine even once, irrespective of the size of the job which needs to be handled.’

The process of creating multi-colour images using flocking is a composite one where sections of the image are laid down and heat set one after another. Although this can be a lengthy process, the effects can be effective. However, the longest part of the process is removal of the non-image areas which have been cut out.

Lee stated, ‘This is the reason why we have set a limit, at this time, for the number of items we are prepared to handle. We currently have a maximum quantity of 60 items, thereafter, with the cost of the labour involved in picking out non-image areas, it actually becomes more cost effective to recommend that our customers consider the higher capacity capability of silk screening.

‘However, the majority of our work is runs ranging from a single item through to around 50 and this means that we can handle it very easily. Flocking creates an outstanding effect and is also resilient and completely washable. As we continue to attract more customers we will expand our heat sealing and picking sections to allow us to handle the bigger volumes more speedily and with faster turnarounds.’

He added, ‘This cutter from Advanced Machinery has done everything we have asked of it. Not only that but it also has the ability to be fitted with a range of knife blades for different cutting variations. It can also be fitted with a pen facility for drawing, drafting and sketching functions, although we have not had any need to use this feature as yet.’

Lanford agencies will gradually grow its business to make full use of the cutter and to create a strong business from the promotional clothing market. For more information on Lanford Agencies contact Lee on 011 394 3052. For more information on Advanced Machinery and its wide range of vinyl cutters, CNC routers and laser engravers call 072 222 2211 or visit the informative website http://am.co.za/ 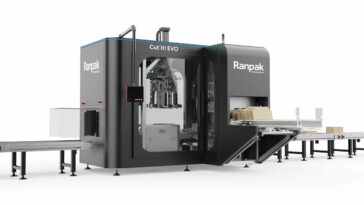 Ranpak to feature next generation of Cut’it! EVO In-Line packaging machine at LogiMAT 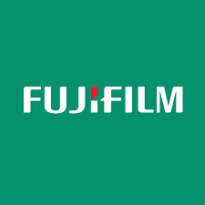