Compared to previous years Koenig & Bauer’s(KBA) management board was not able to report an influx of orders in the international newspaper industry during its press conference at this year’s World Publishing Expo in Amsterdam.

Since 2011 the international slump in investment in web offset presses for newspapers and publications has intensified following a minor interim high in 2010, and in 2014 the global volume of new web press orders will reach a new low of below €300m. Possible relevant business models with high-volume digital presses, such as the KBA RotaJET, have been a subject of lively debate in the industry and also tested occasionally, but newspaper publishers have remained extremely hesitant to make the necessary investments. Pioneers are needed, like so often in the long history of the newspaper industry. Christoph Müller, KBA executive vice-president for the web press division, hit the nail on the head, ‘Traditional newspaper houses currently connect digital first with online or mobile activities.’

Like other established vendors in the newspaper industry for some years KBA has been forced to adapt its capacities and personnel for this market segment at great expense to the sharp slump in demand. This in addition to restructuring the company. Müller added, ‘The previously large web offset market segment has mutated into a niche market in terms of volume. This makes it difficult for suppliers to maintain customary R&D standards and offer free consultation which is why we have initiated additional activities, such as the partnership with HP in the digital corrugated packaging printing segment We are doing our best and have streamlined ourselves as a product house.’

KBA CEO and president Claus Bolza-Schünemann reported on the ongoing restructuring of the KBA Group under the motto ‘Fit@All’ which has been in place since the beginning of the year. In recent months agreements for the reduction of over 1000 from a total of up to 1500 jobs were made with employee representatives at German and Austrian production sites. More than half will be cut at the web press facilities in Würzburg, Trennfeld und Frankenthal. A new site concept for production should prevent parallel activities and is currently leading to major relocation activities between the individual production sites. In addition he named the establishment of autonomous business units which have clear responsibility for sales and earnings for the web press, sheetfed press, special press segments and production as a very important measure. Bolza-Schünemann said, ‘We have to sustainably strengthen our profitability and competitiveness in all areas. In order to do this we need more transparency and more strategic flexibility. A holding company with a few central functions, a small management board and operative units assigned to it with own managing directors will support our goals.’

However, the KBA CEO made it clear that downsizing and reorganising alone are not enough to overcome the rapid structural change in large parts of the printing industry. Bolza-Schünemann said, Shrinking markets, such as newspaper, commercial and publications printing, oppose growth markets, e.g. packaging, digital printing and coding, as well as special markets, such as banknote printing, metal decorating or direct glass decoration. We aim to secure our current strong position in these fields and expand on it further where possible. Capacity adjustments and new acquisitions cannot be ruled out as long as our liquidity is adequate, and this is the case at KBA.’ He cited the takeovers completed in 2013 of KBA-Flexotecnica in Italy active in the growth segment flexible packaging as well as KBA-Kammann in Bad Oeynhausen, Germany, a leader in the premium niche market glass direct decoration, as examples of this.

The user-orientated compact philosophy in press manufacturing introduced by KBA in 2000 with the Cortina and in 2007 with the Commander CT has established itself on the market and has been adopted by other manufacturers in the meantime. Today 19 Cortinas and 26 Commander CT press lines are in operation worldwide, ten of which with heatset dryers for semi-commercials. The most recent Commander CTs were fired up in Baden-Baden, Germany, and Aarau, Switzerland, in 2014. Waterless Cortina presses went live in Trier, Germany, and Trondheim in Norway. Demand in industrial countries for such high-end presses has fallen in past years due to decreasing circulations. Modular designed and retrofittable presses, such as the Commander CL launched in 2011, have become more popular.

Until now the option of inline coating using the coldset process has been limited to waterless offset for technical reasons. However, KBA recommends exploiting the technical possibilities available today for striking ad forms, such as super panorama, half-cover, SMART-Flap or Zip’n’Buy, also on conventional wet offset presses in order to enhance print’s attractiveness. It offers suitable retrofit packages. Concentrating only on saving in terms of content, visual qualities, personnel and technology poses more risks than opportunities for the printed newspaper.

The RotaJET 76 which was launched at Drupa 2012 was a focal point of KBA’s stand and talks at last year’s WPE in Berlin. At this year’s WPE press conference Oliver Baar, project manager for business development digital web presses at KBA, presented the new RotaJET L press platform. It is available in five different web widths from 895 to 1300mm and it can be retrofitted at a later date from the minimum to maximum web width to meet altering market requirements.

HP and KBA announced a partnership for inkjet solutions for the corrugated packaging printing segment at Graph Expo in Chicago 14 days before the World Publishing Expo. The press manufacturer aims to draw upon its technical know-how and experience in various market segments, even digital printing solutions, and sees itself as well positioned to meet the demands of the newspaper industry.

KBA has consequently expanded its service spectrum for own and third-party presses in light of the trend towards using existing machines for longer. Press overhauls and relocations, retrofits (e.g. for new ad forms) and modifications, software updates, maintenance packages and all-round technical production support with KBA or PrintHouseService (PHS) staff on-site, have become considerably more important in relation to business with new presses. 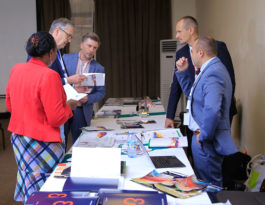 Is Uganda a rising Flexo market? Improving conditions in this country’s printing industry 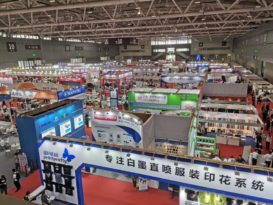 DS Printech China to be postponed