Economic and Consumer Insight with Sarah Boumphrey from Euromonitor Sub-Saharan Africa’s five largest economies: Nigeria, South Africa, Angola, Ethiopia and Ghana accounted for 41 percent of the region’s population and 71 percent of its GDP in 2013. Four of the five, with the exception of South Africa, are forecast to experience strong economic growth in the coming years. Nigeria Nigeria is seeing strong growth, increasingly supported by growth in sectors outside of hydrocarbons. It is now Sub-Saharan Africa’s largest economy as a result of the rebase earlier in the year. The rebase also uncovered the strength of previously unreported or under-reported industries such as the Nigerian film industry, Nollywood, and communications. This means that although the energy sector remains important, the economy is more diversified than once thought. Total GDP in Nigeria Pre- and Post-revision: 2010-2013 Source: National Bureau of Statistics Note: Data refer to GDP in current market prices. 2013 data are estimates. One of Nigeria’s major weaknesses is its infrastructure. It suffers from severe shortages of power which impede the development of manufacturing for instance. At 191 KWh, Nigeria generates one of the lowest per capita quantities of electricity in the world. Another challenge is security. There are the obvious security issues in the north with Boko Haram; but growth of the oil sector has been hampered throughout 2013 by supply disruptions arising from oil theft and pipeline vandalism. South Africa Unlike the other four largest economies, South Africa’s outlook is for weak growth. It is an underperformer compared to both neighbouring countries and other commodity-rich economies. Its real GDP growth is expected to average just 2.8 percent per annum between 2014 and 2020. Yet South Africa does have a major strength and that is its high per capita spending by regional standards. Although consumer spending is constrained by a slowdown in credit expansion to households, high levels of consumer debt and moderate job growth. The country is also seen as a regional hub and leader in finance, retailing and automotive industries. Many international companies see South Africa as the ideal starting point for investment in the region before beginning the ‘creep north’. Consumer Expenditure in Sub-Saharan Africa’s Five Largest Economies: 2013 Source: Euromonitor International from national statistics/UN/OECD Note: Data refer to the five largest economies ranked by total GDP in US$. Inequality is a huge challenge for the country – South Africa is the most unequal society, in terms of income distribution in the world. The top 10 percent of households earn 49 percent of income. The lowest-earning 50% of households are responsible for just 16 percent of spending. This kind of inequality has an impact on the size and dynamics of the consumer market and also on social cohesion. Angola Angola is the region’s third largest economy. It is expected to see strong growth, in part due to its oil sector. Angola has re-emerged to become Africa’s second largest oil exporter and as a result it receives significant inflows of FDI. Yet oil is not the only driver – because of the war, the government is investing large amounts in reconstruction and this spending is also providing an impetus to growth. One of Angola’s main restricting factors as a consumer market is its size – with a population of 21.5 million in 2013 – Angola is the smallest of the five major markets in demographic terms. An economic challenge is related to the government’s focus is on rebuilding – for instance many roads remain blocked by road mines making it hard to transport goods in some areas. This means that the government is not focusing as much as it could on structural reforms to make the economy competitive globally. Total Population in the Five Largest Sub-Saharan African Economies: 2013 Source: Euromonitor International from national statistics/UN Note: Data refer to the five largest economies ranked by total GDP in US$. Ethiopia Ethiopia also has a strong growth outlook – with real GDP growth of 7.0 percent per annum forecast between 2014-2020. This is driven by increases in consumer spending – in turn supported by remittances. One of Ethiopia’s key strengths is its sheer size – in demographic terms Ethiopia is Sub-Saharan Africa’s second largest country (behind Nigeria). It is also seeing the strongest economic growth of the five largest countries and is well above Sub-Saharan Africa’s average (5.4 percent per annum to 2020). Real GDP in the Five Largest Sub-Saharan African Economies: 2013-2020 Source: Euromonitor International from national statistics/UN/OECD/IMF Note: Data refer to the five largest economies ranked by total GDP in US$. Data are forecast. Yet this growth is from a low base – and one of Ethiopia’s key challenges is its largely rural population which is reliant on agriculture. As a result it has the lowest per capita spending of the five major markets (US$373 in 2013 compared to SSA average of $1,018). Ghana Once again Ghana is also seeing strong growth, expected to average 5.7 percent annually to 2020, and this is supported by oil growth. Ghana has plentiful natural resources: as well as being rich in oil, Ghana is the second largest cocoa producer in the world, and the second largest gold producer in Africa. It also has a significant middle class. According to the African Development bank 19.8 percent of the population earn between US$4 and US$20 per day in 2010. As well as being a strength, natural resources are also a challenge. Ghana’s overdependence on natural resources is risky given the large fluctuations in commodity prices. An increase in the public sector wage bill, costly energy subsidies, and higher interest costs, pushed the fiscal deficit to about 10 percent of GDP in 2013. The current account deficit is also sizeable. These twin deficits leave Ghana vulnerable to investor sentiment and global economic conditions. Government Budget Deficits in the Five Largest Sub-Saharan African Economies: 2013 Source: Euromonitor International from IMF/national statistics Note: Data refer to the five largest economies ranked by total GDP in US$. – See more at: http://blog.euromonitor.com/2014/09/special-report-sub-saharan-africas-top-5-economies.html#more

What do your customers really want from you? 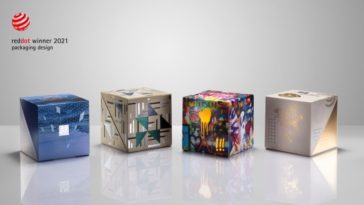