Bidvest company, Konica Minolta South Africa’s title sponsorship of the bizhub Highveld Lions, has headed into its tenth season, making it the longest partnership in the history of franchise cricket. The partnership was launched in the 2004/2005 season, and has grown as the bizhub Highveld Lions team has become a household name; with Konica Minolta’s flagship brand, bizhub, becoming the name associated with the team. ‘In an era where value-added sponsorships are paving the way forward for sports teams, this is an incredible accomplishment for us as a franchise. Konica Minolta South Africa is the national leader in the provision of office equipment and this sets an incredible standard for us as a franchise,’ said Greg Fredericks, chief executive officer of the bizhub Highveld Lions. ‘Not only has Konica Minolta played an integral part in enabling the franchise to gradually grow but being associated with a world-class and well-run organisation has changed the way that we run the franchise as a business. The organisation is also part of the Bidvest group, which plays an integral role in the Gauteng Cricket Board commercial brand plan and we are proud to be associated with industry giants.’ Alan Griffith, managing director of Konica Minolta South Africa, said, ‘Ten years has absolutely flown by. An eventful 10 years, it must be said, as we have been together through the lowest of lows to the ultimate of highs. Winning is what it will always be about and we have enjoyed great success with the bizhub Highveld Lions, especially from a brand building perspective. ‘We have had the privilege of dealing with some of the most passionate people at Gauteng Cricket and the bizhub Highveld Lions during this time and we look forward to even greater success in the future. We have put our winning brand behind what we believe to be a winning team – so, let’s make it happen time and time again, for the next 10 years,” Griffith said bizhub Highveld Lions Chairman, Archie Pretorius, sees this as a good platform for the franchise to build on. ‘Konica Minolta’s reputation, not only in South Africa but also the world, sets the tone for what we as a franchise have to become in future and we could not have asked for better partners in setting the tone for what we want to achieve going forward,’ Pretorius commented. The current bizhub Highveld Lions leadership in Stephen Cook, Sunfoil four-day series and Momentum one-day cup captain, and Neil McKenzie, RAM SLAM T20 captain, has been part of the bizhub Highveld Lions team since the inception of the sponsorship. ‘When the franchise system started out, the territory was fairly unknown to the commercial industry in South Africa and it was great for us as players to be backed by a company such as Konica Minolta South Africa that was brave enough to chart into unknown territory. The company has stuck to its guns and supported us ever since. Having a commercial partner on board that understands cricket and how the game works is invaluable and I would like to thank Alan Griffith and his team for this. It might not always have been easy but they have believed in us throughout,’ Cook said. McKenzie shares Cook’s sentiment. ‘As players we have always been aware of the standards that our sponsor has and this makes for a good benchmark when stepping across the boundary rope. Without the backing of sponsors, we cannot call what we do a professional sport and it is ultimately an irreplaceable part of commercialising the game. Konica Minolta South Africa has continued to believe not only in the value of sport and the place it has in the hearts of South Africans but also how it can uplift society when other uncontrollable challenges are part of everyday life. There is something to be said for an organisation that believes in investing into that,’ McKenzie said. The highlight for this season has been the team’s signing of Jamaican cricketer, Chris Gayle, who also plays international cricket for the West Indies. The addition of Gayle seems to have turned the team’s performance around: the Lions won just one game in the tournament last season; however, this year the team has won all three matches so far, thanks in no small part to the 214 runs racked up by Gayle, who has dominated every bowling attack that has come his way. ‘Gayle is probably the RAM SLAM T20’s most prolific batsman. It’s going to be an exciting season,’ concluded Griffith. 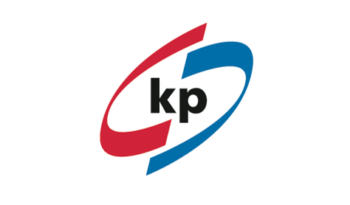 How important is print in today’s society?