The paper and board market in Central and Eastern Europe is set to grow by approximately two percent annually from 2013 to 2019 in volume terms, according to a new study by Smithers Pira. The paper and board market in Central and Eastern Europe was worth approximately $30 billion in 2013. This was made up of about 19 million tonnes of raw material that was converted into some 18 million tonnes of finished product. Russia currently dominates the market, with its demand representing the largest share of this market by country, accounting for over a quarter of the total volume. It is the political and economic trends in Russia that appear to exert the greatest influence over this market. Whilst this political uncertainty prevails, there is reluctance amongst foreign investors to become too closely involved, while elsewhere in the region investment in modern equipment is improving the general quality of production across the market. A new study by Smithers Pira – The Future of Paper and Board in Central and Eastern Europe – shows that around 60 percent of all paper and board in this region is used in packaging applications and this proportion is expected to increase over the five year review period to 2019. This is being driven partly by organic growth in packaging demand fed by increasing retail sales – as a result of higher disposable incomes – improving distribution infrastructure and many demographic influences that have a positive effect on packaging demand, from increasing urbanisation and population growth, through to ageing populations and growing health consciousness. The decline in demand for newspapers, books, directories and stationery – largely as a result of the adoption of digital technology – is fortunately outweighed by the burgeoning direct mail industry, also tied to the growth in internet and mobile data usage. Conversely, demand for packaging is looking to show sustained moderate growth of three percent annually from 2014-2019. This is driven by growing demand for liquid packaging products, trends to smaller pack sizes, increasing use of retail ready packs, and other trends which tend to stimulate packaging demand, including retail and distribution infrastructure development. This major new report by Smithers Pira shows demand for paper and board in Central and Eastern Europe is set to increase by just over 2 million tonnes between 2014 and 2019, of which over 85 percent will be in the form of packaging products. This incremental demand will be worth nearly $4.2 billion to the industry, at constant 2013 prices. The Future of Paper and Board in Central and Eastern Europe – is available now for £3,950. For more information, please contact Stephen Hill at +44 (0) 1372 802025, or via e-mail, or visit www.smitherspira.com Smithers Pira is the worldwide authority on packaging, paper and print industry supply chains. Established in 1930, Smithers Pira provides strategic and technical consulting, testing, intelligence and events to help clients gain market insights, identify opportunities, evaluate product performance and manage compliance. 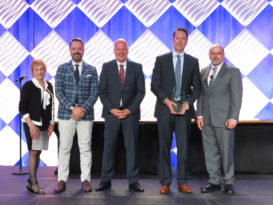 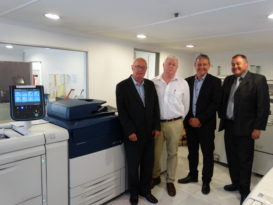 Koenig & Bauer at the World Publishing Expo in Berlin