Fears over commodity prices have failed to derail the Africa Rising narrative and the region continues to elicit strong interest from consumer goods companies. Its strength remains in its potential, with a young population and some of the world’s fastest-growing populations. Its consumer markets are seeing strong growth, driven by an increasing urban middle class. Here are some key facts about this region: 1.Sub-Saharan Africa is a diverse region. It is not a single country, and shouldn’t be treated as such. It is a region home to a diverse range of people, languages, cultures, economies, motivations and attitudes. To give just one example in 2014, per capita GDP ranged from US$24,984 in Réunion to US$192 in Somalia, the median age of the population ranges from 35.1 in Mauritius to 15.0 in Niger. 2.Weak infrastructure is clearly one of the region’s key challenges. In Ethiopia, one of Sub-Saharan Africa’s largest and most dynamic economies, only 34.3 percent of roads are paved. Nigeria, the region’s largest economy, has a similar-sized road network as the Philippines, despite having a land area more than three times the size. Yet, distributional challenges are being overcome with business using micro-distributors and undertaking their own deliveries in order to overcome any ‘last-mile’ challenges. 3.As part and parcel of the infrastructure deficit, electricity shortages are a key concern and challenge for business. In per capita terms, the 10 lowest energy-generating countries globally are all Sub-Saharan African, with Togo generating just 16.4 KWh per capita in 2014 – the equivalent of running a pc for around 80 hours – compared to an average of 2,178 KWh across emerging and developing countries as a whole. Overcoming a reliance on imports and improving generating capacity is crucial for economic growth. 4.Sub-Saharan Africa is home to a young and growing population which will total 1 billion by 2018. It is experiencing the fastest population growth in the world – at 13.9 percent its population is expected to grow more than twice as fast as emerging and developing countries overall between 2014 and 2030. 5.Sub-Saharan Africa is the world’s least urbanised region, with 61.8% of the population residing in rural areas in 2014. Once again we see a region of contrasts with urbanisation ranging from just 11.8% in Burundi to 94.9% in Réunion. The region is developing fast, but at current rates, urbanisation is unlikely to reach 50% before 2040. 6.In 2015 we expect five of the 10 fastest-growing economies in the world to be in Sub-Saharan Africa. The region as a whole should be the second fastest-growing globally (behind Asia Pacific) achieving its fastest rate of growth since 2010. 7.Consumer expenditure has been exhibiting strong growth. Total spending in the region surpassed US$1 trillion for the first time in 2013 and reached US$1.1 trillion in 2014. Yet, in the majority of countries in the region, consumer expenditure still lies below US$1,000 per capita and it will not be until 2030 that half of the region’s countries will reach the US$1,000 level (in 2014 prices). 8.The business environment remains challenging – seven of the 10 most difficult countries to do business globally in 2015 were Sub-Saharan African according to the World Bank. However, there are some notable exceptions and improvements. Mauritius, South Africa and Rwanda all feature in the top 50 and Benin, Togo, Côte d’Ivoire, Senegal and the Democratic Republic of Congo are all among the economies that improved the most in 2014 in areas tracked by Doing Business. 9.Mobile connectivity is high in the region, much more so than fixed line. Mobile internet access is now seeing huge growth with internet connectivity increasingly seen as a necessity rather than a luxury – unsurprising in a region characterised by weak physical infrastructure, large rural populations and a high proportion of unbanked consumers. The introduction of cheaper handsets, rise of social networking and apps have supported growth. This has a clear impact on distribution, sales and marketing efforts in the region. 10.Access to finance remains a key constraint to doing business in Sub-Saharan Africa. In the World Economic Forum’s Global Competitiveness Report 2014/2015, in almost two thirds of the Sub-Saharan African countries included in the report, access to financing was deemed to be the most problematic factor for doing business. As ever there are exceptions, Mauritius, Kenya and Namibia rank above China in terms of the extent which the financial sector provides a wide range of financial products and services to businesses. From the consumer angle, a lack of access to formal banking is also a key feature of the region: according to the World Bank’s Global Findex, only 24 percent of the adult population (aged 15+) in Sub-Saharan Africa had an account at a formal financial institution in 2011, and only three percent had a credit card. 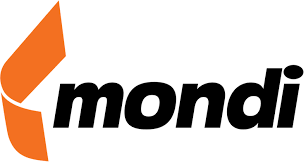