Tetra Pak South Africa will celebrate World Milk Day by educating around 400 people from the local community of Putfontein, Benoni near Oliver’s Village, operated by Oliver’s House, a charity organisation that focuses on early childhood development, education, skills development and community development. Tetra Pak previously assisted Oliver’s House to build a pre-school for 210 children and will now educate child-headed households and pensioners, who have little or no access to running water and electricity for fridges, about the safety of ultra-high temperature (UHT) milk. This is the 15th World Milk Day after the Food and Agriculture Organization (FAO) of the United Nations (UN) initiated it in 2001. It aims to celebrate milk consumption as a whole and highly nutritional food source. Participation has grown each successive year. Tetra Pak has supported the initiative for a decade. The company has a tradition of promoting safely packaged UHT milk. It supports stakeholders all over the world to develop and implement awareness campaigns about the nutritional values of milk, benefits of consuming packed milk, and hazards of consuming loose milk. Penny Ntuli, communications director for Tetra Pak South Africa, said, ‘Tetra Pak focuses on highlighting the importance of consuming safe packed milk, as opposed to loose or untreated milk. Milk is sensitive to contamination if not handled properly during collection and transportation. ‘Packed milk is tested before reception at the factories and only good quality milk is accepted. Raw milk is then exposed to the UHT process which eliminates all harmful bacteria and the six-layered Tetra Pak carton protects the packaged content from light and air, which ultimately makes UHT milk safe without the need for preservatives,’ she said. Milk contains 18 of the 22 nutrients necessary for daily intake. It is rich in essential nutrients such as Vitamin A, D and B12, as well as minerals such as potassium, calcium, phosphorus, zinc, magnesium and protein. Studies show that consuming too little milk or milk-related products results in calcium deficiency that leads to osteoporosis. World Milk Day highlights the benefits of milk that ultimately lead to healthy bones, healthy teeth, better hydration, improved vitamin intake, it contains vitamin D that helps our bodies absorb the calcium milk contains. Milk benefits children’s development, particularly in their formative years, since it improves their ability to meet their full physical potential. Global consumption of dairy, including milk, cheese and butter, is expected to rise 36 percent in many countries from 2014 to 2024 to reach a total 713 tonnes of liquid milk. There are three reasons for the increase: population growth, increasing prosperity, and urbanisation in Africa, Asia and Latin America. In South Africa, UHT milk sales by volume garnered 53 percent of market share in 2013, outstripping demand for chilled milk for the first time in the country. 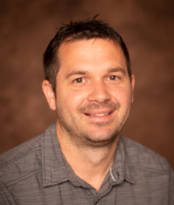 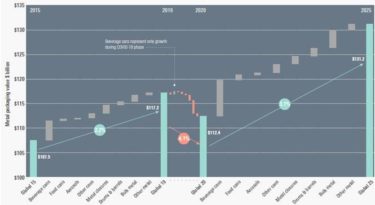