As much as three quarters of all carbon emissions are generated by corporations. This is according to the Business Environmental Leadership Council (BELC) which was created in 1998 by the Centre for Climate and Energy Solutions in the United States. The organisation recommends businesses consider adding a response to climate change as part of their core corporate strategy in an effort to reduce their environmental impact.The call for companies to adopt ways to reduce their carbon footprint is certainly demanded by the public. However, with large business being the majority producer of greenhouse gases, it is the industries themselves which must be concerned with reducing their impact. The onus is on business itself to step up and revolutionise their industries in order to remain sustainable. ‘Disregarding the environmental effect of a business affects not only consumers, employees, and the surrounding community, but also the entire industry itself, and in a worst case scenario, potentially renders it obsolete,’ said Christoff Botha, group executive: Heatset at Novus Holdings (previously known as the Paarl Media Group). Although the print and paper industry is often perceived as having a negative environmental impact, the sector has begun to transform how it does business in an attempt to minimise this effect. Through leading by example, the process of paper production has a few lessons to share in creating a more sustainable industry: Bio-energy is derived from biomass which is a naturally occurring part of the carbon cycle. During this process, carbon is taken in by plants during photosynthesis and on decomposition or combustion it goes back into the air. This ensures that there is always give-and-take and a stable level of carbon in the atmosphere. However, the burning of fossil fuels like coal and oil releases carbon that has not been present for millions of years, thus disrupting the carbon dioxide levels in the atmosphere. ‘Biomass energy has the potential to greatly decrease greenhouse gas emissions, it lessens the dependence on foreign oil, and decreases the demand on the earth’s resources,’ said Botha. ‘Biomass can be used for fuels, power production, and products that would otherwise be made from fossil fuels. It does not add carbon dioxide to the atmosphere as it absorbs the same amount of carbon in growing as it releases when consumed with fuel.’ Novus Holdings has utilised this principle with its newly acquired biomass boiler. This boiler works on the principle of combustion and is fuelled by sustainable biomass, and not the traditional fossil fuels or electricity, to generate the steam required in the production process. Burning wood chips produced from alien vegetation, such as Port Jackson and Black Wattle, creates steam. Neither species are indigenous to the Western Cape but both are extremely high consumers of water. In addition to being a greener process, the new biomass boiler system stimulates the economy through the creation of much-needed jobs from the local community members who collect the natural material needed to fuel the boiler. Keeping many processes in-house and sourcing materials from local vendors decreases the need for excessive transportation, saving both time and money, and immediately reduces the carbon output of a business.  All industries produce waste of some type, but often it is the sheer volume of the unwanted materials that makes it difficult to contend with. An innovative process for dealing with the waste is to find alternatives to the disposal process which also breathes new life through the creation of a new product with a new destination. In the case of the print industry, by applying their expert knowledge of the complex manufacturing process, Novus Holdings has discovered an innovative way to deal with ongoing paper waste. Through the recent acquisition of a tissue manufacturing plant in KwaZulu-Natal, Novus Holdings is able to transform potential of waste paper into the production of domestic tissue paper. Novus Holdings’ commitment to redirecting print and paper into a sustainable industry is reflected in an investment of more than R100 million in environmentally responsible practices to reduce, re-use, and recycle to ensure the lowest possible impact on natural resources. Botha concluded, ‘This ultimately benefits all involved – customers, employees and the community and we challenge more businesses to find ways of lowering their energy consumption and reducing energy costs with environmentally sustainable business practices.’ 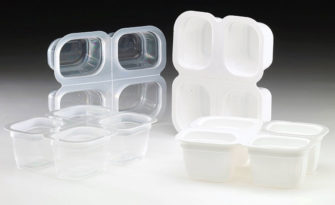 Sustainability a priority among new developments in rigid plastic packaging 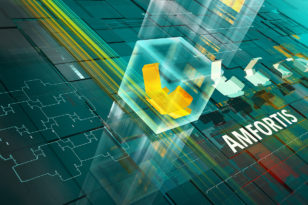 Agfa introduces Amfortis, all in one workflow for offset packaging printing