Manufacturers of colouring writing instruments have every reason to be upbeat at the moment. Almost out of nowhere, a new craze for adults’ colouring books has set the publishing industry alight. Books such as Secret Garden, Stress Relieving Patterns and Art Therapy have all featured at the top of the Amazon books best seller list this year, and publishers are falling over one another to beef up their portfolios with similar types of books, with illustrators rather than authors as the new stars. Colouring books for adults typically have more intricately drawn pictures than those for children. There are versions with sophisticated and ornate flora and fauna designs, for example. But, there are others with animals, much like children’s colouring books. Indeed, in essence, the concepts of children’s and adults’ books are the same. The only difference is that children are now sneaking a turn at using their Mum and Dad’s colouring books, rather than the other way around. The Secret Garden, illustrated by Johanna Basford, is the biggest seller of all the recently launched adult colouring books. It has already sold around 1.5 million copies worldwide, and its follow-up, Enchanted Forest, is shaping up to do equally well. The global retail market for colouring writing instruments was worth US$2.4 billion last year, according to the latest data from Euromonitor International. But, that value could start to climb steeply over the next five years if, as many in the publishing industry predict, the demand for adult colouring books continues to boom. Legitimising a guilty secret It is now quite widely held that many parents have, for years, been secretly enjoying using colouring books while their children are asleep. In effect, the marketing of adults’ colouring books, with its focus on anti-stress benefits and artistic creativity, has legitimised the practice. It has helped adults feel comfortable about buying colouring books, rather than childish. So, which brands of colouring writing instruments have the most to gain from all this? Crayola (owned by Hallmark Cards Inc) is the top-selling brand worldwide, with a retail value share of 17 percent in 2013, according to Euromonitor International. Crayola has long been dependent on the US market, which accounted for 73 percent of its retail sales in 2013. However, the brand now has a strong growth opportunity outside the US (especially in Western Europe) if it works at piggybacking the adults’ colouring book trend. In Western Europe, Bic (Sté Bic), Faber Castell (Faber Castell AG) and Staedtler (Staedtler Mars) are the leading brands and, conversely, they have an opportunity to pick up some momentum in the US market, where demand for adults’ colouring books is surging. It is significant that on both sides of the Atlantic, most leading bookstores now give a high visibility profile to the genre. One obvious opportunity is for the leading brands of colouring writing instruments to negotiate retail shelf space in those stores too. Colouring books for adults have a global reach The market for colouring writing instruments is not all about the developed markets, though. Indeed, overall sales were bigger in Asia Pacific and Latin America than they were in North America and Western Europe last year (see chart above), measured at fixed US dollar exchange rates. The adult colouring books phenomenon is not restricted to Western markets either. For example, the South Korean pop star Kim Ki-Bum is widely reported to be a big fan of colouring books for adults, and has posted images on Instagram for his millions of followers. Last year, sales of colouring writing instruments in South Korea totalled only US$11 million. But, on the back of Ki-Bum’s endorsement, that value could grow markedly this year. China, Brazil and Mexico are also identified as potentially strong growth markets over the next five years, as the popularity of colouring books for adults gathers global momentum. Last year, those three countries ranked, respectively, as the second, third and fifth biggest in the world for colouring writing instruments. Parents in some of those markets will still be sneaking opportunities to do colouring using their children’s books, but not for much longer. The publishers of colouring books will have all the major emerging markets in their sights. Indeed, in the publishing world, colouring books for adults are now generating a buzz of the like not seen since Harry Potter. Unlike Harry Potter, though, even the smaller independent publishers have a chance to grab a piece of the action. As a result, adult colouring books look like a global trend that is here to stay. (The GAPP Editorial comment: The phenomenon has already reached South Africa and surely an opportunity exists for local publishers and printers to get on the bandwagon.) Analyst Insight by Rob Walker – Contributing Analyst 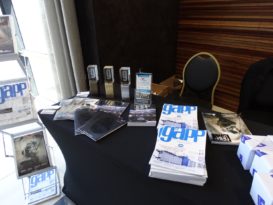 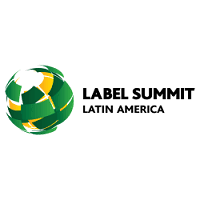 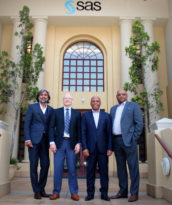