The DMASA held its 2013 AGM at the offices of SAS in Houghton on 16 May. Following the meeting and an extended voting and verification period, the Board and officers of the Association were elected, and Vikesh Roopchand, CEO of Sentient Publishing was appointed as the New Chairman of the Association. The DMASA was informed by the out-going Chair, Michelle Perrow, that there were plans for re-introducing a robust selection of events and training, which will also include an outreach to SADAC countries where training on interactive and direct marketing was needed. Mrs Perrow added that the DMASA had enjoyed a good year, despite early difficulties with funding. The DMASA had been recognised as the professional body for interactive and direct marketing by SAQA. The association had also continued its active lobby with Parliament on the Protection of Personal Information Bill, and with the National Consumer Commission and DTI on the Consumer Protection Act. A number of important committees had been set up by the DMASA in the past year, including an Ethics Committee, and Teleservices Council. She was pleased to say that the Assegai Awards judging & categories were being reviewed to include much more digital marketing in line with the general trend towards increasing integrated digital campaigns The Director of Finance, Mr Jeff van der Walt, reported on the Association’s positive position, following two poor years. Membership had grown, and the Assegai Awards 2012 had been a success. The Association had in the past depended heavily on funding for projects from Services SETA. This had dried up in 2011 due to issues within SSETA, and therefore the Association had had to cut its cloth to suit its income. Thanks to the Board & new management over the last 15 months this had been achieved with success. The Treasurer, Ian Geary, gave a presentation on the Do Not Contact (or National Opt-out Register). Registrations now exceeded 74000, and the list has been very actively used by DMA members. There is a need to expand and get non-members to use the list. Members were also reminded to ensure that Call Centre operatives were properly trained. Members must offer an Opt out to their own database to any consumer who asks not to be contacted, and, in addition, consumers may wish to opt out in the general Do Not Contact/National Opt-out Register (DNC/NOR). It was explained that some call centres only offer consumers the DNC/NOR registration process, which is incorrect. The full board comprises: Vikesh Roopchand – Chairman Warren Moss – Vice Chair Ian Geary – Treasurer Murray Hewlett – Director of Finances The other Board members are: Steve Bird, David Dickens, Kim Gartland, Joanne Cowie, Peter Mugagedeli, Fred Magkato and Darryl Joubert. The Chair of the Ethics Committee, Christiane Duval, & the COO, Alastair Tempest, have automatic positions as full members of the Board. 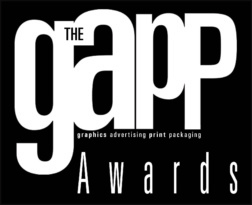