Gerhard Hochstein has been newly elected as executive vice-president of the holding company. He has been with the company since April 2016 as executive vice-president of Schoeller Technocell. As CTO, Gerhard Hochstein is now responsible for engineering, research & development, technical purchasing, energy management, patents and business development. Stephan Igel, as CSO responsible for sales in the Technocell Division, now also takes on responsibility for raw materials purchasing. There have been no changes in responsibility for production, with Georg Haggenmüller remaining in post as CMO.

This means that the Felix Schoeller Group, which has a functional organisational structure, has the following management team: Hans-Christoph Gallenkamp (CEO), Georg Haggenmüller (CMO), Gerhard Hochstein (CTO), Guido Hofmeyer (CFO) and Stephan Igel (CSO Technocell). Hans-Christoph Gallenkamp has been with the company since 1997. Born in 1969, after leaving school he did a degree in paper engineering at TU Darmstadt and an international Masters in Business Administration (MBA) in Canada, which he gained under the University of Toronto’s programme for working professionals.

Milestones in his career with the Felix Schoeller Group include his job on paper machine 1 (PM1) at the Osnabrück mill and later his position as head of raw materials management in the extrusion process at the Osnabrück mill. Between 1999 and 2001, Hans-Christoph Gallenkamp was in charge of specialty base paper production at the Schoeller Group’s American mill in Pulaski/NY.

From 2002 onwards, he was chief operating officer of the Technocell Division. This position included responsibility for marketing, sales and technology. As chief technical officer (CTO) Gallenkamp has been on the management board of Felix Schoeller Holding since October 2012. He took up the post of deputy CEO of the Osnabrück-based Felix Schoeller Group on 1 January 2015. He then became chief operating officer (COO) on 1 January 2017. He was appointed CEO of the company with effect from 1 July 2018. Hans-Christoph Gallenkamp is a fifth-generation shareholder in the Felix Schoeller Group.

Guido Hofmeyer has been with the company since 1997. Born in 1972, he began his career by training as a business management assistant with the company. He followed this up with a degree in business studies. After graduating, he started in marketing controlling and then took up a post as finance director with an English company in the Felix Schoeller Group. He became a member of the management of the Imaging Business Unit in 2003, taking over as managing director in 2007. He was appointed as executive vice-president of Felix Schoeller Holding on 1 January 2014 with responsibility for sales in the Felix Schoeller Division. He took up his post as CFO on 1 July 2018.

Gerhard Hochstein has been with the Felix Schoeller Group since April 2016. He has a degree in printing engineering. His previous positions include plant manager with decor printers Interprint GmbH in Arnsberg, after which he became a management consultant specialising in innovation management. He was appointed to the position of chief technology officer (CTO) on the management board of Felix Schoeller Holding on 1 July 2018. He is now responsible for engineering, research & development, technical purchasing, energy management, patents and business development. He will also continue in his post as executive vice-president of Schoeller Technocell GmbH & Co. KG.

Making Impressions for 250 years- And counting 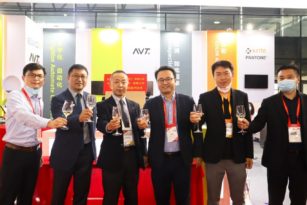