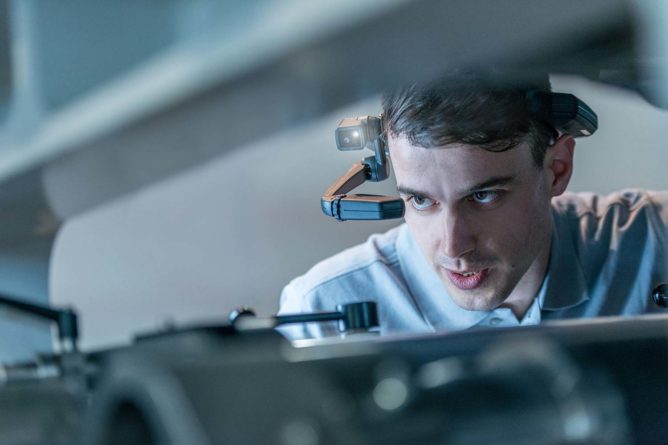 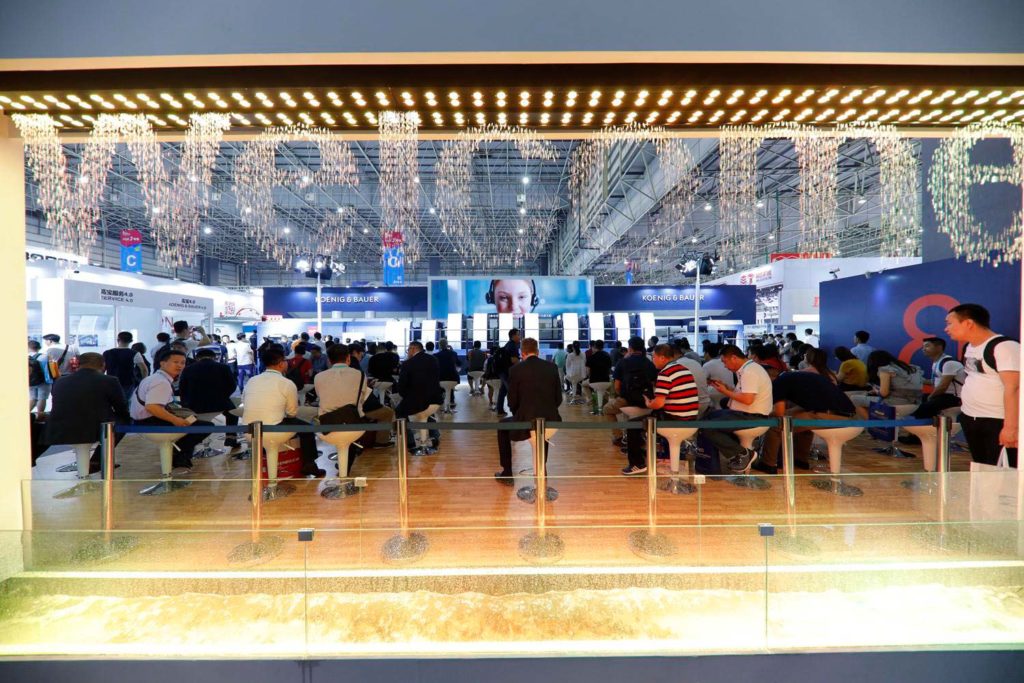 2019 started well for the Koenig & Bauer group, posting a double-digit increase in order intake in the first quarter year-over-year to €276.4m. This strong growth, which exceeded the industry average, was underpinned by significantly more orders for services and for folding carton, direct glass and security printing presses. At €230.7m, revenue exceeded the previous year’s figure by 6.2 per cent. EBIT was still slightly in negative territory due to the low revenue level, coming to –€2.8m despite high market-entry and growth-related expenses, and was thus not far off the previous year’s figure of –€1.9m. At –€4.9m, group net earnings in the first quarter of 2019 translate into earnings per share of –€0.30. In addition to good service orders, the substantially higher orders for packaging printing presses caused order intake in the Sheetfed segment to rise by 12.4 per cent to €173.5m. Revenue increased slightly by 1.8 per cent to €113m. The good order backlog of €250.5m ensures continued high capacity utilisation. At –€3.1m, EBIT was below the previous year’s figure (€0.4m) due to the product mix and the costs arising in connection with the Print China trade fair.

Despite the strong growth in service business, orders in Digital & Web came to €31.9m, thus falling short of the previous year’s figure of €45.2m due to lower orders for newspaper and flexible packaging printing presses. At €32.4m, revenue remained at the prior year’s level. The previous year’s figure of €32.5m had been spurred by high service revenue due to large press relocations. At –€5.6m, EBIT was burdened by market-entry and growth-related expenses. At €85.4m, order backlog and capacity utilisation are at a high level. More orders for services and presses for security printing and direct glass decorating caused order intake in the Special segment to rise by 37.7 per cent to €80m. Revenue climbed by 20.8 per cent to €92.8m. At €331.7m, the order backlog at the end of March was 6.2 per cent higher than it had been twelve months earlier. Following a segment profit of €3.8m in the previous year, EBIT came to €2m in the first quarter of 2019.

Despite substantially lower receivables and higher customer prepayments, the increase in inventories for revenue growth in future quarters as well as high investments for construction and IT projects left traces on the cash flow. In addition, we made a part payment of CHF20m to the Swiss Office of the Attorney General within the framework of the agreed skimming of profits following the completion of the self-disclosure proceedings in connection with shortcomings in corruption prevention at the Swiss subsidiary KBA-NotaSys SA. Together with its internal liquidity, the syndicated long-term credit facilities give Koenig & Bauer a strong and stable financial basis. The equity ratio stood at 37.5 per cent at the end of March 2019.

CFO Mathias Dähn commented, ‘The order backlog, which rose to €656.6m as of 31 March 2019, gives us good forward visibility through to autumn 2019 and, in security printing with its good order situation, until 2020. With contract signings exceeding our expectations and reaching a figure in the mid double-digit millions of euros, the Print China trade fair held in mid-April was very successful. On the strength of the good order and project situation ensuring full capacity utilisation across the entire group as well as the further progress made in our group projects for boosting earnings by €70m compared to 2016, we are confident to achieve organic growth of around 4 per cent in revenue and an EBIT margin of around 6 per cent in 2019 in the group. We are attaching particularly high priority to our growth offensive 2023, the cumulative costs of which we expect to reach around €50m for 2019 to 2021, with a heavier load in the first year. The resulting margin impact is already included in our 2019 earnings target.’

CEO Claus Bolza-Schünemann stated, ‘With our growth offensive 2023, we want to actively exploit the currently available market opportunities in the cardboard, corrugated board, flexible packaging, two-piece can, marking and coding, glass direct and decor printing as well as in postpress to achieve sustained profitable growth. The impact of volatile security printing will be reduced by higher packaging share of group revenue. For web offset presses for newspaper and commercial printing, we expect a further decline particularly in service business. With all our initiatives and projects, we are targeting to increase group revenue to around €1.5bn with an EBIT margin of between 7 and 10 per cent until 2023. All three segments are to contribute to the growth in revenue and earnings. Our further targets include a dividend ratio of 15 – 35 per cent of group net profit, an equity ratio of over 45 per cent, a target corridor for net working capital of 20 – 25 per cent of revenue, and a share of 30 per cent in total revenue for service business.’ 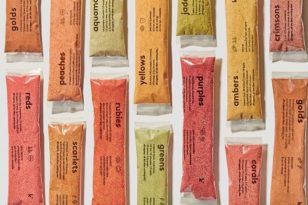