Last April, Livonia Print, which was founded in 2006 and employs 680 people, moved into a new building within Riga and combined conventional and digital production, which had previously been split between two plants, under one roof. ‘Combining production in one location brings significant benefits,’ says company founder and CEO Trond Erik Isaksen. ‘It optimises the entire material flow and makes it run in a straight line. This enables more efficient processes, higher quality with reduced throughput speeds, and also ensures greater flexibility.’

All the equipment was dismantled at the two old sites and reassembled in the new hall – including 21 postpress systems from Muller Martini. They got company this summer in the form of two (more) book sewing machines: a Ventura MC 160 and a Ventura MC Digital. ‘We still had an old Solo Ventura, which served us very well over all these years,’ says Trond Erik Isaksen. ‘But it was time to send this lady into a well-deserved retirement. Besides, on the one hand we need more flexibility to produce short runs, and that’s where the Solo machine has an advantage over our four VenturaConnect systems. On the other hand, we have optimized capacity for the upcoming peak season.’

For digital thread sewing – where Livonia Print has been using a Ventura MC Digital since 2016 – it’s the same story, according to the company boss. ‘Here, too, we need a backup during peak times to avoid production bottlenecks. Because especially in the digital sector, fast delivery of books to our customers is very important.’

However, Trond Erik Isaksen says his company’s move into digital should not be misunderstood. ‘Our goal is not to become another online print shop. We want to be flexible for our customers and offer them everything they need to be successful. Our move into digital simply allows us to produce short runs at a lower cost while maintaining the same quality, giving publishers more flexibility in producing titles while minimising their risk.’

It’s true that digital, which accounts for one-tenth of Livonia Print’s production volume and company sales, is growing faster in percentage terms than offset. ‘But digital printing also comes from a smaller volume and is still a young area in our company,’ says Trond Erik Isaksen.

Annually, Livonia Print prints close to 50 million books. The trend toward more titles and shorter runs is unbroken. ‘But that doesn’t mean,’ stresses Trond Erik Isaksen, ‘that we will only produce digitally in the future. Because in offset printing, too, the machines are becoming increasingly powerful thanks to new technologies and can process smaller batch sizes economically.’ Currently, the average print run per book is 2,973 copies. This figure is somewhat “distorted” because Livonia Print also prints some long runs. 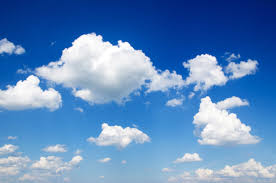 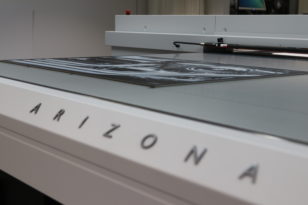