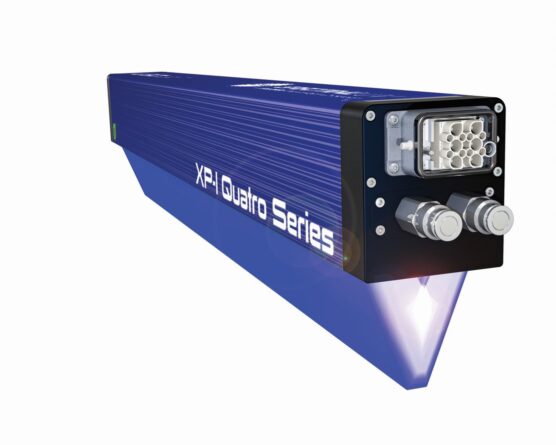 AMS Spectral UV, a Baldwin Technology company and North America’s largest manufacturer of UV and LED-UV curing solutions, will showcase its latest industrial curing lineup at RadTech (booth 95), which is taking place May 9 to 12 in Orlando, Florida.

With two large LED-UV arrays, the XP Quatro Series delivers double the available power of a standard LED solution at a lower cost than two individual lamps, while operating at top industrial speeds—and driving increased productivity and profitability. Unique to the XP Quatro Series is its ability to emit two different wavelengths from the same head, so with deep, layered substrates, the

longer wavelengths can penetrate further, and in applications that require simultaneous powerful surface curing, the shorter waves can achieve this at the same time. Additionally, in applications with dual chemistry on one substrate, both can be perfectly cured simultaneously.

‘When producers are ready to make use of the highest LED-UV doses to scale up their manufacturing lines and increase them to the highest speeds, we should be the first company they call,’ said Jonathan Fore, Commercial Lead for Baldwin’s AMS Spectral UV. ‘Our new XP Quatro is like putting curing afterburners on your production line.’

AMS Spectral UV pioneered an all-LED curing solution for high-performance printing and converting, and is a world leader in the market, with an installed base of more LED systems on offset litho and flexo presses globally than any other provider. This Baldwin Technology company has quickly risen to prominence among the world’s leading industrial curing equipment manufacturers, with applications ranging from electronics and medical devices to EV automotive and consumer goods.

By focusing on everything from research and development through engineering and production, the team of experts at Baldwin’s AMS Spectral UV can customise solutions to suit every application. The company’s comprehensive products and services include conventional UV, LED-UV, UV lamps, infrared, test-lab facilities and application engineering services. To further support the industrial manufacturing sector, Baldwin’s AMS Spectral UV bolstered its sales team with two new hires in North America for outside sales and sales engineering to mirror its team already dedicated to the industrial market segment in Europe.

‘We’ve been a power player in curing for the print industry for a generation,’ said Fore. ‘And, with our investments in the most powerful new products, and with our new team members, we are committed to growing in the industrial space. We may be the biggest and best UV and LED-UV company many manufacturers have never considered. We’re showing at RadTech to change that.’ 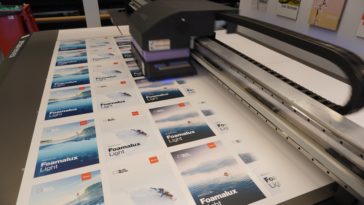 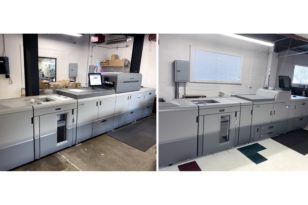 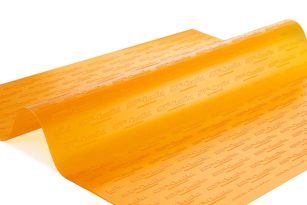