In a recent article published by Engineering News, water expert and environmental adviser, Dr Anthony Turton, cited South Africa’s mounting water scarcity situation as analogous to the Titanic hitting the iceberg. ‘What we’re seeing right now is the Titanic striking the iceberg, Day Zero is when it sinks,’ he declared. ‘Water is not a commodity to just take, use and dispose of, and the national and municipal focus in terms of handling water sources needs to dramatically shift to reclaiming and reusing water.’

So, what can be done by the local printing industry to heed this call to action?

During the past five years, many printers have adapted their operations to create a cleaner working environment. However, with a looming deadline especially hitting the Cape Town business community, isn’t it time for all print service providers (PSP’s) to start making positive strides to reclaim and reuse water, or even diminish water and chemical usage entirely?

In the commercial printing space, where long runs are the norm, consistent high quality and performance are critical for print success, and this starts at the platemaking stage. Previously regarded as a dirty process, it’s now becoming a one-step procedure, without the need for chemicals, gum or washout and according to Fujifilm, its next-generation processless plate, Superia ZD, is already advancing commercial offset production to new levels of efficiency.

All-round reliability
Distributed in South Africa by Kemtek Imaging Systems, Fujifilm Superia ZD doesn’t require any processing or finishing involving chemistry or gum, so the stability and consistency is actually better than a traditionally processed plate. Engineered for robustness and durability, Superia ZD is capable of delivering a run of 150 000 impressions with just one set of plates, enabling longer runs with less plate remakes and press downtime versus conventional plate technologies.

Physical robustness is not the only strength of Superia ZD, it also has excellent solvent-resistance so can be used with conventional and new generation UV inks.

In previous generations of processless plates, handling without care could sometimes damage the coatings, but Superia ZD features a number of high performance multi-layer coatings, rendering it less sensitive to scratching.

‘We’ve already introduced Superia ZD to several of our commercial print customers nationwide and in our export territories, and I’m delighted to say that they’re achieving, on average, an extra 15 to 20 000m run lengths versus their previous plates,’ commented Johan Faurie, head of Kemtek Imaging Systems’ conventional print division. ‘In short, Superia ZD is a maintenance-free plate system that needs no processor, chemistry, gum or water. It also represents the fastest route from platesetter to press – simply image and mount directly on the press. And, with the same productivity as any other high performance plate, it can improve print costs, reduce labour, speed up production and enhance environmental footprint – something we should all be mindful of considering the current challenges faced by our industry colleagues in the Western Cape.’

Fujifilm ZAC offers optimised processing quality by using intelligent developer replenishment. What’s more, ZAC can achieve up to 80 per cent reductions in chemistry by identifying only the areas on the plate that actually need processing, and by constantly measuring the bath conductivity. The intelligence of the ZAC system means that there is hardly any need for operator intervention. Plates are produced consistently, without effort, and quality is maintained. In short, the ZAC/Fujifilm plate combination is the closest to processless chemistry reduction with the benefit of a processed plate.

Furthermore, maintenance requirements are minimised almost entirely thanks to the intelligent replenishment system that monitors developing conditions and accurately calculates the required volume of replenisher. With Fujifilm ZAC, bath life can be extended by up to four months or 15 000m2, maintaining dot structure and stability. This means maintenance is reduced to less than half the time of many other processors, providing a massive saving in labour and less wasted time for businesses trying to achieve more with fewer staff. 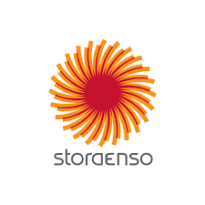