Art Center, Brazil, printed 400 pizzas – quite literally. The project, produced for Art Center’s own promotional campaign on an Inca Spyder 320 and Inca Onset S20, featured both an appetising topping printed directly on real pizza crust, the box, and even wraps for the delivery cars. Despite previous successful forays for clients with such unconventional print media, the company found an entirely new set of challenges intrinsic to everyone’s favourite Italian staple food. The Art Center team began by ordering hundreds of naked pizza crusts. The doughy substrate, however, was not without its difficulties. ‘When they began baking, the heat of the ovens, of course, created bubbles in the crust,’ remarked Jacques Pedrosa, Art Center’s Commercial Director. They overcame the challenge by pre-treating the crust. ‘We had to bake each pizza under a heavy disk of MDF stabilising it, and making them as flat as possible. Then, we were able to print on them.’ First, they printed pizza topping on paper to create a template so that each crust could be correctly positioned on the sheet. They created and used specialised frames to maintain each pizza’s position during printing. Afterwards, the pizzas were slipped into custom-designed and printed boxes (imaged on the Inca Onset S20) from “La Pizza,” an imaginary pizzeria of Art Center’s own creation. “We also print on paper,” claims the inside of each box. ‘The competitive scenario in São Paulo for print companies is quite difficult,’ added Pedrosa, ‘so Art Center decided to produce a targeted campaign directed towards decision-makers in advertising and design agencies. The challenge was to communicate that we have the best in technology and equipment – like Inca printers, for example – and a great staff to print and produce creative materials for ads, displays, signs, and special projects.’ Their targets’ stomachs, it turns out, were just as big as their eyes’ ‘Based on the fact that our clients and prospects eat pizzas at the office very often – especially when they work late at night – we decided to create a campaign to deliver some real pizzas, baked in an oven, but with their toppings printed by Inca UV inkjet printers. To complete the illusion, we created a virtual pizzeria, complete with pizza boxes and delivery cars.’ The clients receiving the promotion were then invited to visit Art Center’s website, and those who commented on it were rewarded with a free pizza from the best pizzeria in São Paulo. ‘We had the pleasure of paying for about 170 pizzas, but the best was yet to come,’ said Pedrosa. The ‘joke’, it turns out, had quite an impact. ‘A very well-recognised professional in the São Paulo advertising industry went to his creative group and said, “Guys, we have to work with these people more often – they understand our business”. To our surprise, he even came to our studio for a visit. It was amazing. This was a very big agency. They came with business and quotes.’ Within three months of the promotion, Art Center had received seven quotes for special projects, netting $195,000 in profit. The initial campaign cost a comparatively meager $16,000. ‘Best of all, we are still remembered in the marketplace as a creative company able to develop unique and new solutions for print advertising.’ The pizza campaign earned Art Center a Special Award for Creativity and a runner-up in the Self-Promotional Targeted Campaign category in the Inca Digital Excellence Awards. “Because we have Inca printers,” Pedrosa appropriately noted, “we can fly with creativity and convert imaginative ideas into unique products.” 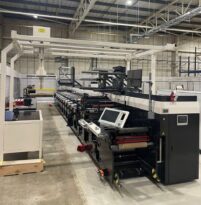 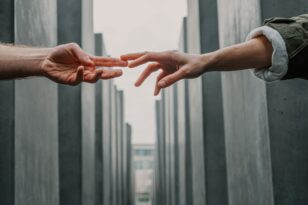 Connectedness: A critical future fit skill for the evolved world of work