‘Through an innovatively designed business model, this company has succeeded in changing the traditional distribution logic of a hard-pressed industry. With a wide range of magazines and print on demand they have managed to create a customised and environmentally responsible modern newspaper service.

‘The service is in its infancy, but the positive response that followed in the wake of its launch indicates that it has all the potential to revolutionise newspaper distribution – in Sweden and around the world. ‘Through successful agreements with suppliers, access to a global distribution network and a well thought out value proposition, the company wants to implement its vision to ensure physical newspaper survival.’

The Cordial Business Awards acknowledges successful business solutions, and is developed by the management company Cordial Business Advisers together with the newspaper Affärsvärlden and a talent network called NovaAgentum.

Meganews is a magazine vending machine with Internet access that prints one copy of a selected magazine directly upon purchase. It is delivered in the hatch within two minutes. Swedish journalist Lars Adaktusson and his brother Hans came up with the idea and work together with their brother Bengt Adaktusson, CEO of Meganews Sweden.

Lars Adaktusson, Meganews Sweden, said, ‘Ricoh has helped Meganews to be able to offer a new and exciting business area to the media market. We are thrilled with the award.’ Tommy Segelberg, director of Nordic operations, production printing business group, Ricoh Sverige added, ‘It is rewarding to know that our technology helps Meganews Sweden realise a brand new, award-winning, business model. I would like to congratulate Meganews Sweden, which is now in the company of fellow award-winners such as Mojang and Spotify.’

Meganews is not only reducing the costs of distribution and return deliveries for the publishing companies. The news stand also reduces transport requirements. Meganews vending machines are now available in the Mood Shopping Arcade in Stockholm, and at Landvetter airport in Gothenburg. It will soon feature in hotels, food stores, hospitals and shopping malls. 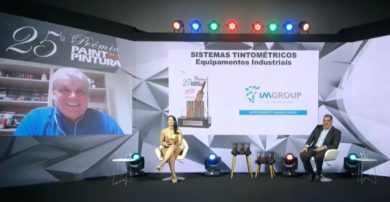 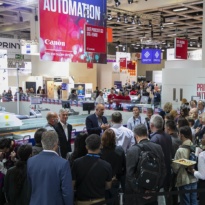