Already installed ProLiners with single production mode can be easily retrofitted with the double production mode. Differing additional components are needed depending on the configuration of the newspaper inserting system. An intermediate opening module is added to the inserting line and, if necessary, the conveyor is adjusted during automatic feeding.

The Mayer & Söhne printing and media group in the Bavarian town of Aichach became the first newspaper producer worldwide to commission the ProLiner D a few months ago. The newspaper publishing house, which has many years of experience as a contract printing plant, inserts over 300 million newspaper supplements annually. The numbers have been increasing for years and Thomas Sixta, Managing Partner of the family business established in 1862 and is now being managed by the fifth generation of the Mayer/Sixta family, is convinced that will remain the case. ‘Supplements benefit from the fact that daily and weekly newspapers, whose future we’re convinced of, enjoy a high degree of credibility. They have good coverage of households and are cheap to print. Supplements appeal to readers and awaken their curiosity, whereas people don’t want advertising online or when using mobile devices.’

Mayer & Söhne focuses chiefly on outside customers. For its own publishing houses, the traditional company produces advertisement papers in 18 different part editions with runs of between 10 000 and 90 000 copies, and the Aichacher Zeitung newspaper with a daily run of 9500 copies. That title contains a maximum of eight supplements, considerably fewer than the Bild City München, which is printed for the Springer publishing house. However, the advertisement papers produced for outside publishing houses with a total monthly run of 8 million copies and produced with short lead times on just three days of the week have more supplements. Some have an average of 11 supplements, while there are also products with five or fewer supplements.

‘The double production mode was definitely the main reason why we opted for the ProLiner D,’ said Christian Kaiser, Managing Partner of the Mauser-Kaiser engineering office in the Bavarian municipality of Aschheim and project manager at Mayer & Söhne. The engineering office, which focuses on German-speaking countries, but also specialises in graphic arts companies worldwide, has successfully managed many operational development projects at Mayer & Söhne over the years.

In addition to double production mode, there were two other key reasons for choosing the inserting machine from Martini, explained Sixta, ‘First, the layout. We have more space lengthwise than widthwise in our narrow production hall, so the ProLiner fits optimally. Second, the fact that it is highly stable and reliable, since there are days when the ProLiner runs for 20 hours without interruption.’ 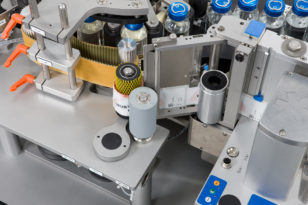