In 2013, and in line with its promise to operate in the most sustainable way – from an environmental, social and economic perspective – Bidvest company, Konica Minolta South Africa, planted five hundred trees in the impoverished Lawley Township in Gauteng. This undertaking was done through the company’s association with South Africa’s national greening and food gardening social enterprise, Food & Trees for Africa (FTFA). The five hundred River Bush Willow trees were planted in the Lawley township, under the FTFA’s award-winning and Verified Carbon Standard (VCS) Trees for Homes initiative. A recent study from FTFA has reported that four hundred and forty of the five hundred trees are still surviving, an average 88 percent survival rate, after the completion of the one year evaluation. In addition to improving the environment in which these residents live, the surviving trees will sequestrate an estimated 162 tonnes of carbon dioxide, thus contributing to the mitigation of climate change over the next 15 years, according to the VCS. Eight disadvantaged residents of Lawley had received training as community educators and went door-to-door to the respective homes where the trees were planted, raising awareness about climate change and the benefits of planting trees. These community educators then worked with FTFA to evaluate the growth and success of the trees over a period of 12 months. Sipho Mathe, the FTFA ecoprenuer in charge of the project, also visited houses to confirm that the evaluations were valid. ‘The survival rate was very impressive and has met the expected FTFA standards, despite a number of challenges, most notably the frost as temperatures plummeted in the winter to a low of 1 degree Celcius. This initiative has promoted new greening activities in the community, such as the planting of flowers and the beautification of the area by homeowners,’ said Mathe. He continued, ‘FTFA would like to thank Konica Minolta South Africa for the generous contribution, continuous support and commitment towards a more sustainable and lower carbon future for all. The charitable donation of the five hundred trees with an 88 percent survival rate is contributing towards a greener future. It has also created environmental awareness and the trees that grow greatly improve the neighbourhood.’ Ritchi Smith, marketing co-ordinator for Konica Minolta South Africa said, ‘The company is dedicated to highlighting the essential role trees play in sustainable development and the livelihoods of people and their environment, now and for the future. We are delighted that the trees in Lawley are doing so well and look forward to many more greening initiatives.’ 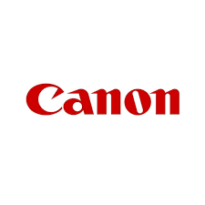 The top 5 questions to ask before making a printer purchase