Koenig & Bauer (KBA) has scaled down its expectations for 2013. Although previous restructuring measures are taking effect, in the first nine months KBA’s sales and order figures suffered substantially due to market and economic developments. Management now seeks to sustainably improve earnings by advancing the realignment of the group. By the end of the year KBA thus expects negative impacts from restructuring expenses and impairments, the exact amount of which is currently not quantifiable.

In the third quarter the volume of new orders in the KBA Group was 7.4 percent up on the corresponding figure for 2012. For the whole nine months, however, order intake at €709.6m was 14.1 percent down on the previous year. Additionally, postponed special press shipments led to a 20.3 percent drop in group sales to €729.9m compared to the previous year. Group order backlog of €627.7m at 30 September was also lower than 2012. Due to the shortfall in sales and restructuring expenses the operating result came to –€10.7m in comparison to +€18.9m last year. In the first nine months of 2012 the company showed a profit of €10.8m.

KBA achieved the highest figure for the last four quarters in its sheetfed offset segment with new orders from July to September totalling €164.7m. The company’s strong position in the folding carton and metal-decorating market segments has borne fruit. However, after nine months, order intake of €458.5m in this division was 11.5 percent lower than last year’s figure which benefited from Drupa. At €381.4m sales were a modest 3.5 percent below the previous year. The sheetfed segment posted an operating profit of €1.6m in the third quarter thanks to cost-cutting and slightly better prices. At –€7.8m after nine months the operating result was significantly better than in 2012.

Although inventories swelled in preparation for shipments in the fourth quarter, cash flows from operating activities were clearly positive at €30m. This was mainly due to higher customer prepayments and a reduction in trade receivables. After deducting cash flows for investing activities the free cash flow came to €2.1m. Along with ample credit lines, funds stood at €183.7m. Less bank loans down to €14.9m, net liquidity stood at €168.8m. High net liquidity and an equity ratio of 34.9 percent underscore the continuing solid financial profile of KBA.

Despite strong sales in the fourth quarter typical for the industry, KBA management expects lower annual group sales of around €1.1bn compared to last year (€1.29bn). Revenue of web and special presses will fall further behind last year than sheetfed presses. The KBA subsidiaries targeting metal-decorating and industrial coding will reach or even exceed their targets.

Management considers the sales and earnings targets for 2013 announced in March and already subdued in the half-year report on 9 August to be no longer attainable. CFO Dr Axel Kaufmann stated, ‘Along with the total group sales to be generated by the end of the year, the product mix delivered as well as the extraordinary expenses for restructuring measures and impairments will have a significant impact on the annual result in the group. Currently this amount is not yet foreseeable, but will lead to a loss in 2013. Excluding special items, we are still targeting a positive operating result and balanced group earnings before taxes (EBT).’ 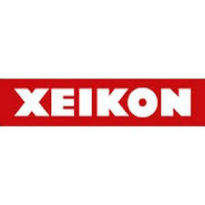 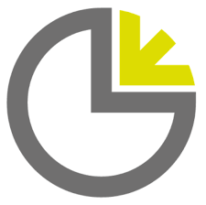