South African JSE-listed can manufacturer Nampak Bevcan is celebrating its success in Angola that exceeds all prior predictions. After two years of operations, Angolata Viana, Nampak Bevcan’s first greenfield investment outside South Africa, is operating self-sufficiently and continuously exceeding production and quality targets. Beverage can sales volumes from Angolata increased by more than 20 percent from the year before, which required imports directly from Nampak Bevcan South Africa to keep up with demand. ‘In the short term we have reacted positively to the rising demand by increasing production speed from 1800 to 1900 cans per minute, which further supports the growing demand in Angola and providing an additional platform for future installed capacity,’ said Erik Smuts, Managing Director of Nampak Bevcan. ‘We are also in the process of installing a second can production line, which will more than double to production capacity of the plant.’ As Africa’s fastest growing economy, the significantly increased demand can largely be attributed to consumers’ increased disposable incomes and the inherent benefits associated with beverages cans. ‘Cans are seen as servicing a growing market demand, offering good value based on the associated product freshness, convenience and safety,’ said Smuts. To overcome challenges that come with operating in a foreign country, Angolata Viana is currently self-sufficient in generating its own electricity; treating and using all waste water for irrigation, including sewerage; designing and upgrading many pieces of equipment and processes internally; and maintaining all services equipment in-house. ‘At the centre of Angolata’s innovation and huge success, is a world-class team that is dedicated to adhering to the highest standards, best practices and constant training and development by those onsite, who have years of can making experience behind them,’ said Smuts. With the opening of additional filling lines in Angola, including Catumbela, Benguela in August, the reopening of Coca-Cola Bottling Luanda (CCBL) in Bom Jesus outside Luanda, and the expected production commencement of CIF Brewery in 2014, more immediate growth is expected. 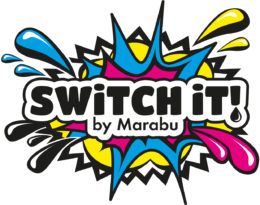