In a move away from outsourced litho printing, Pannar Seed’s in-house media and printing service department has bought a Xerox Colour X1000 digital press from Bytes Document Solutions (BDS), Africa’s leading document management technology and services company, and the largest Xerox distributor in the world. Headquartered in Greytown, KwaZulu-Natal, Pannar Seed is one of South Africa’s top seed groups and the largest field crop seed producer and supplier in Africa. Pannar has been in the African seed business since its inception in Greytown, South Africa in 1958 and was the first private company to introduce its own maize hybrids in South Africa in the 1960s. Over the years it has expanded its research and commercial activities into various other crops and territories. ‘In the past, we outsourced much of our printing and it became important for us to bring those jobs back in house. We wanted to regain control over the quantities and print materials as they were requested,’ Andre Strydom, printing media manager, Pannar Seed added. ‘Before we bought the X1000 we would have to overprint and keep a big inventory. If changes were made to the printed materials, we would have to write them off. Now we can print as and when needed.’ Due to the fact that Strydom’s department relies on short runs and on-demand printing, going digital made sense. His department needed a press that would deliver sharp, rich, digitally mastered image quality at high speed, while reducing costs for his print shop. The clear varnish option provided by the Xerox X1000 was used for printing moisture-proof labels for Pannar’s seed tins, to ensure that the labels are protected from condensation while the tins are kept in cold storage. Strydom and his team can now also offer the company unique, spot-coated solutions in short runs, jobs which were previously prohibitive and required a much larger volume to justify the expense. ‘The variable “varnish” option, a clear dry ink, gives us print materials that stand out in the crowd. It really adds impact to documents,’ he added. He said Pannar Seed has always received great service and support from Xerox and the Bytes Document Solutions team. ‘We have been very impressed with BDS’s service. The staff from the Xerox dealer, XTEC, in Pietermaritzburg can also be relied on no matter what.’ Pannar Seed’s business is seasonal and the demand on the printing department fluctuates during the year according to planting and harvesting periods but Strydom says that, on average, the X1000 is used all day every day. ‘The press is so productive that it will also prompt us to get work from outside the company, which could be a good revenue booster for us.’ Paul Haglich, marketing manager for production systems at Bytes Document Solutions, said the investment in the Xerox X1000 was a far-sighted move for Pannar Seed. ‘This is the best short-run, high-volume digital colour press available today. The X1000 allows print shops and departments to produce more high-quality jobs and reduce costs.’ 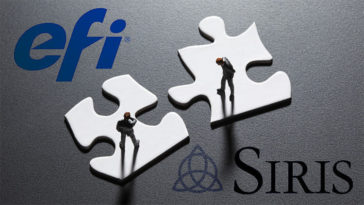 Completion of Electronics For Imaging Acquisition 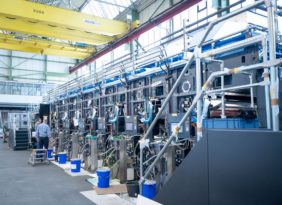