The 42nd WorldSkills, which was held in Leipzig from July 2 to 7, culminated in an impressive closing ceremony in the halls of the Leipzig exhibition centre on 7 July 2013. World champions were crowned in 46 different disciplines over the four days of the event. The more than 1000 participants from 53 countries were watched by around 205000 visitors as they did battle for medals and the best possible ranking. Gold and silver in the Print Media Technology category went to two young women, as was the case two years ago. Andrea Schmidheiny from Switzerland came out on top ahead of Elena Singer from Germany. During her print technology training, Schmidheiny worked at Rhy Druck AG in Diepoldsau (Switzerland) and is now employed by NiedermannDruck AG in St. Gallen. Singer completed her training in mid-2012 and has since been working as a printer at the C.H. Beck print shop in Nördlingen. In fall this year, she will be starting further training as a media specialist alongside her normal work. ‘The WorldSkills competition was an amazing experience for me and I am proud to have been able to compete in the event. The tasks were well designed and the experts went to great lengths to ensure a fair and objective assessment of the contestants’ performance,’ said Singer. Third place went to Dongdong Wang from China. Four other competitors from Finland, Austria, Japan, and France were awarded the ‘Medallion for Excellence’ in recognition of their outstanding performance. Bernhard Nahm, a senior executive at the Heidelberg Print Media Center who assessed the young printers’ skills as a member of the judging panel in Leipzig, was delighted with the success of the young women, ‘Heidelberg has had an impressively high proportion of female printing trainees for some years now. We are currently training eight young people to become printers and three of these are highly motivated young women.’ The competitors had to work on various tasks over the four days of the competition. For example, postcards needed to be printed on both sides on the Linoprint C751 digital press, followed by a 16-page brochure featuring inline folding and stitching. A run of 1000 copies of two different four-colour posters had to be produced on the Speedmaster SM 52-4 offset press – and all that with limited quantities of paper for makeready and a specified processing time. The competitors also had to complete various tasks in a print simulation programme, perform maintenance work such as inking roller adjustment and dampening solution sample measurements, and mix Pantone colour tones. Heidelberg is a founding member of WorldSkills Germany e. V. and supported the preliminary round in Germany and the international competition in Leipzig. For the latter, it provided two Speedmaster SM 52-4 offset presses, two Linoprint C digital printing systems, and a Polar cutter. This year, Heidelberg was also a ‘skill presenter’ for the Print Media Technology category. WorldSkills Germany is an initiative promoting national and international skills competitions and currently benefits from the commitment and ideas of some 60 members, partners, sponsors, enterprises, associations, and private individuals. Founded in 2006, WorldSkills Germany (www.worldskillsgermany.com) is the nationally and internationally recognised member of the global association WorldSkills International and the European association WorldSkills Europe. WorldSkills Germany encourages excellence and, by organising national and international skills competitions, creates an appropriate benchmarking platform for young people’s future professional success. www.worldskillsgermany.com   On the eve of WorldSkills 2009 in Calgary, Germany’s national WorldSkills organisation beat the favourite Paris and was selected to host the 2013 final. This means the world’s largest event of its kind is returning to Germany for the first time in 40 years. The venue for 2013 is Leipzig. www.worldskillsleipzig2013.com 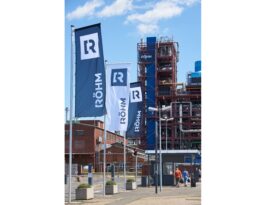