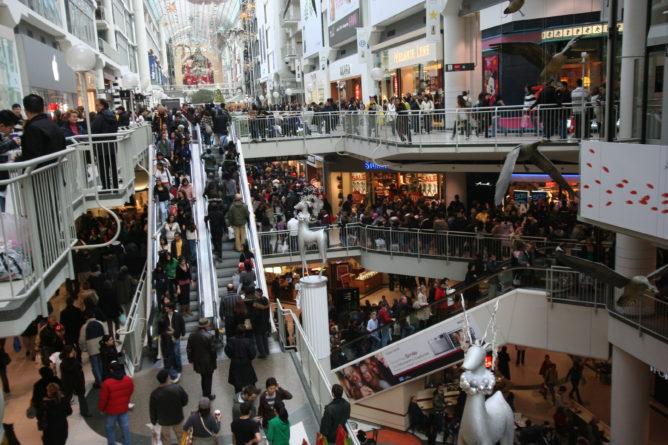 In real terms it has nothing to do with the South Africa economy. The term ‘Black Friday’ has a number of different meanings and origins depending on the part of the world where it is used. However, this particular Black Friday stems from the American holiday of Thanksgiving and in particular the Friday following Thanksgiving which always falls on a Thursday.

The real origin of the term is as shrouded in fog as the reason for its being. The earliest known use of the term refers to this particular Friday in 1951 and again in 1952 when workers called in sick in order to have a four-day weekend. This, however, does not explain the link to retail. Black Friday has also been used to describe the crowds and traffic congestion associated with the start of the Christmas shopping period. Other more tenuous explanations have also been presented.

The phrase really only became nationally accepted in the USA in the early 1980’s and rapidly gained traction, although no specific reason is proffered other than the fact that the day after Thanksgiving marks the beginning of the holiday shopping season. It has grown to become the most important day in the retail calendar with many outlets opening their doors at the stroke of midnight to be able to take maximum benefit of the throngs of shoppers. Despite this, a poll conducted in 2012 shows that only 18 per cent of Americans approve of Black Friday. The day is not an official public holiday.

From the United States it has gradually made its way around the world, although not all countries have adopted this. Black Friday first came to South Africa in 2014 and initially attracted a lot of negativity from consumers but the trend has persisted and gained traction.

While many amazing bargains are available, shoppers must remember that retailers still have to turn a profit and, as such, the lower prices are an indication of the mark-ups which are being applied to products. So, whether you participate in Black Friday or not, make sure it makes good business sense for you before rushing madly into the fray.

3rd drupa Global Trends Spotlight Report to be published in May