The Million+ Plastic Recycling Revolution is a new campaign that aims to mobilise more than one million South Africans to commit to recycling their plastic packaging. The non-profit, Polyco (The Polyolefin Responsibility Organisation), believes that recycling is something that every person can do to make a positive impact on the earth. They have launched the Million+ campaign to recruit a revolution of recyclers that will spread the word about the importance of recycling with the ultimate aim of putting an end to plastic in the natural environment.

The Million Plus is a plastic recycling revolution that will shake this country from its apathy. It is calling on all South Africans to commit to using plastic responsibly, to keep used packaging out of the environment and out of landfill by putting it back into the recycling value chain. The Million Plus campaign draws on the concept of a revolution and the power of networks. If each new revolutionary that signs up recruits and educates one more person as their ‘plus one’, the commitment to recycling in South Africa will spread from a small minority of people to mass action. As the movement builds, the Million Plus will become not only a revolution but a reality. A reality in which recycling in South Africa is standard and where we no longer find plastic waste in the environment.

You can show your commitment to the cause by signing up on the Million Plus website – www.millionplusrecyclers.co.za – and then encouraging your colleagues, friends and family to join the revolution.
“Our intention is to encourage as many people as possible to join the recycling revolution and to share their efforts through word-of-mouth and across all social media platforms. Eradicating plastic pollution in the environment is going to take everyone in South Africa being responsible for the packaging that they buy and to recycle it after use. Our goal is to get over 1 million people to sign up to the Million+ campaign with the hope that the message around recycling will spread and recycling will become the norm for every South African,” says Mandy Naudé, CEO of Polyco.

Launched in October, the campaign aims to build on the environmental awareness that was created in September. September was a month that hosted many significant environmental days, with Arbor week during the first week of September, National Recycling Day on the 20th of September and International Coastal Cleanup Day on the 21st of September. Coastal Cleanup Day is a major global campaign to clean up our coastlines and oceans. While clean ups are extremely important for protecting the health of our environment, the Million+ Plastic Recycling Revolution aims to inspire South Africans to recycle their used packaging so that it never gets the chance to land up as pollution in the environment.

Polyco recognises that many South Africans don’t recycle because they don’t feel that they know how or where to recycle their used packaging. To answer this, the Million+ Plastic Recycling Revolution is asking all revolutionaries to share information about where and how they recycle. The millionplusrecyclers.co.za website will gather all of this information through the sign-up form and then create a free database of recycling collection services and drop-off points so that people can find out where their closest recycling opportunity is. “We’re asking everyone to get involved and help others to start recycling – share your information, news and inspiration on the Million+ Facebook and Instagram pages so that others can also learn and be empowered to recycle.” Says Naudé.

Polyco represents the largest plastic polymer group in South Africa with approximately 192 000 tonnes of polyolefin plastic packaging being mechanically recycled annually. Through launching the Million+ campaign, Polyco boldly aims to build on this plastic recycling rate. At Polyco we have a goal to invest in and strengthen the full recycling value chain and we need consumers to adopt a habit of recycling their plastic packaging to support this growth in the recycling economy.; recycled plastic is a very valuable input material into the economy,” says Naude. “We would like to encourage consumers to see their packaging as a resource, that has massive economic value when recycled,” says Naudé. 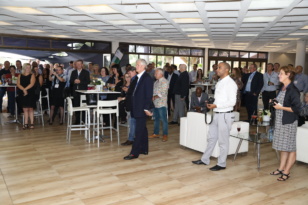 Shaping up for the future 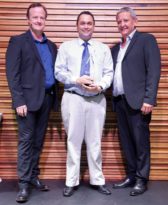