In the early 90’s – Queen Elizabeth famously said – ‘1992 is not a year I will fondly look back on with undiluted pleasure. It has turned out to be an annus horribilis’. Or simply, a horrible year.

In all likelihood, the print industry will also look back at the year 2020 as their annus horribilis. With massive lockdowns came plummeting circulations, drastic reductions in advertising budgets and the sad closure of many of South Africa’s favourite titles.

But the first six months of 2021 has highlighted a few green shoots for the print industry. Like so many other industries, the print industry has had to pivot, adjust, and make some significant changes to stay around. Early on – it looks like the moves are paying off.

The latest ABC results show that newspaper circulations are up 1% quarter on quarter and magazines are up by 11% for the same period. Compared to the numbers in Q4 2020 – Newspapers are up 2%, and magazines are up 4%. In an incredibly depressed economy suffering from looting, junk status, and the effects of extended periods of Covid-lockdowns, we feel this is something worth shouting about! Time will tell whether the industry has progressed beyond the cycle’s bottom and can now anticipate growth.

Some of the big moves that the print players have made included decreasing some of their titles’ frequency and focusing on fewer but more editorially packed titles. So more news, stories and information, but distributed slightly less often. Quality over quantity. This, we believe, has helped shape the good news story for magazines.

Some of the smaller titles have also moved to new publishers and have been revitalised and re-energised by new sets of eyes and hands on the business. These titles feel like they have a new breath of fresh air, whether through a new editor or a new salesperson.

We have also noticed that the print titles have increased their circulation in some instances and, notably, their cover price. Possibly pointing to a consumer that sees value in the title and the re-engineered frequency and format. It is also interesting to note how specific categories that took a beating last year (travel titles specifically) seem to be making a slow comeback as lockdown restrictions are eased.

Chris Botha, Chairperson of the ABC, said, ‘Every year, the doomsayers predict the final demise of print. But this quarter proved once again that the print media owners are an agile bunch. Always willing and looking to change, adapt and evolve to stay relevant to their readers.’

Botha added further, ‘We are also proud of the ABC itself. We are doing more audit work in areas that stretch well outside of just print. We need to follow the lead of our print shareholders and pivot to make sure we are relevant in a changing environment.’

The ABC, is your stamp of measurement and trust. 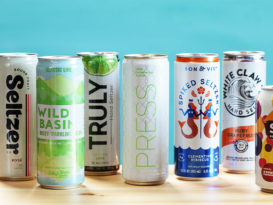 Pneumatic Scale Angelus breaks out the bubbly with its CB50C system 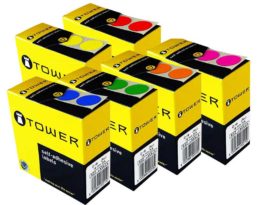