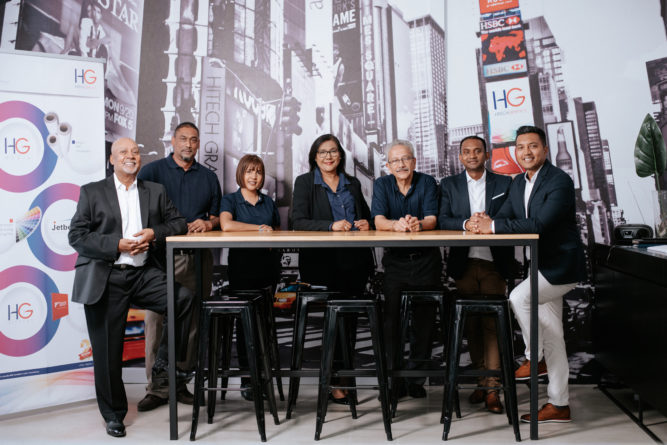 Founded in 1996 by Siva Govender, Hitech Graphics started its journey as a supplier of consumables to the offset/litho market in Durban. With an ear to the ground and being in tune with emerging trends in production printing, the company later diversified into the wide format digital space and have since also expanded into the signage arena.

This family-owned business is celebrating a 25 year legacy of quality products, excellent service and fostering meaningful relationships with its customers, Shaun Govender, Managing Director for the group at the helm based in the Durban branch and Wayne Govender, who is their sales and marketing director at its Johannesburg branch. The business has been able to expand its footprint into Cape Town with representation in Port Elizabeth and further dealers in Botswana, Swaziland, Malawi and Zimbabwe, enabling its customers to have access to its products across Southern Africa.

Drawing upon his vast experience, which spanned over 20 years with some of the largest corporate companies in the printing market, Siva decided to take a leap of faith by starting a company of his own. The risk was great but his customers knew him and saw him as someone that they could trust and rely upon, which soon led to Hitech Graphics becoming a reputable supplier to the industry.

Make no mistake, Siva had his work cut out for him. ‘In the early days we stocked many products and while a number of items like cutting sticks for guillotines, rubber suckers, book cloths and stitching wire were nowhere close to being core products of ours, they proved to assist us with opening doors at companies that had no desire to move away from products that they had been utilising for years,’ said Shaun Govender.

‘Supplying some of the smaller items that were often times a challenge to find, enabled us to forge relationships with prospective customers, which created opportunities for us to furnish them with some of our core items such as blankets, chemicals and blanket underpacking,’ he added.

Siva previously had the opportunity to attend trade shows including Drupa and Ipex, where he was able to meet and network with industry members from other countries. When he visited the show for the first time since the inception of Hitech Graphics, he reconnected with an old friend, who was working for Sava at the time. Shaun says that Sava printing blankets was an unknown brand in the South African offset market, which made bringing it into this country a tough decision to make.

‘Siva needed to carefully consider things like whether the quality was comparable to that of blankets that were being used by the market as well as to establish whether the pricing would be competitive enough to entice the market to make the switch,’ elaborated Shaun. ‘After a lot of discussion and careful deliberation, he finally agreed to bring samples into the country,’ he added.

‘It wasn’t a question of whether we wanted to become another blanket supplier, through bringing a new product into South Africa. Siva believed that the technology behind the blankets was a game changer; it bore the promise of transforming the way that the industry did business by offering less downtime and increased production and efficiency,’ Shaun continued. ‘We have been fortunate to supply a product that is manufactured by a company that has been stringent with the consistency and quality control of their offset blankets, to the point of it proving to be one of the Rolls Royce products that we stock,’ he raved.

The company introduced Vera-Pak blanket underpacking to its product offering three years later. This product comes from the United States and over the years has also become a household name in the industry. Shaun says that their customers swear by it because of its quality and consistency.

Hitech Graphics has also been offering in-house barring of the blankets it supplies for the past eleven years from its Durban branch with a further expansion and installation of its second blanket barring press being installed at their Johannesburg branch in 2020. When it first started to supply Sava blankets, it needed to bring in blankets that were already barred. ‘Our in-house barring facility at our Durban and Johannesburg branches has completely changed the business,’ Shaun said. ‘We brought in the bars from Germany and learnt the whole process in 2010, which has given us the flexibility to attend to all of our customers’ needs.’ Shaun believes that offering this service underlines its commitment to service and turnaround time offered to its litho customers and their blanket requirements.

On the wide format digital side, Hitech Graphics is a supplier of Jetbest eco-solvent ink, which is manufactured in Taiwan. In 2013, it came into a market that was already occupied by established brands, which made the introduction challenging. Customers being reluctant to change inks due to the risk and fear of losing their machine warranties or damaging their print heads.

Shaun says that in the eight years of the company selling this brand of eco-solvent ink, it has proven to be reputable and subsequently become a market leading product for Hitech Graphics. ‘We are proud of the ink and we have seen this product grow from strength to strength since being introduced to the market,’ he said. ‘Customers that were initially reluctant to make the change have been amazed by the pigments, economical ink consumption and minimal maintenance required, with no risk to the heads aside from the normal wear and tear from production demands,’ he added.

Hitech is able to take customers through the entire ink conversion process, which begins with compiling a history report of the printer. From there, it starts the process of converting the ink and follows it up with a basic service of the printer. Aside from supplying ink, the company also stocks spare parts, which means that its customers aren’t at risk of being left in the lurch when their machines go down.

The business also currently offers a wide variety of products to the large format digital market which include Self-adhesive vinyl’s, Wallpapers, Laminations and other media items. This also includes a quality driven range of Display products being roll-up mechanisms, snap frames, wall banners, gazebos to name a few.

With the nature of the printing industry being on demand, it strives to offer extremely quick turnaround times in order to ensure that its clients can execute the jobs that they have and in turn, deliver to their clients as quickly and efficiently as possible. This has made the Hitech Graphics a reliable brand, which customers can count on consistently.

‘We are excited to be turning 25 years old this year despite the tough circumstances,’ he said. ‘I believe that there is value in looking back, in order to determine how to move forward, but am also aware that we wouldn’t be where we are today, without the continued support of our customers, suppliers and extremely dedicated staff members for which we are incredibly grateful,’ he concluded.

Having branches in Durban, Cape Town and Johannesburg and celebrating 25 years in the industry, Shaun feels that such milestones are an opportunity to take stock of everything that has helped the company to get to this point, and to use these things to put together a strategy for the next twenty five years and beyond. 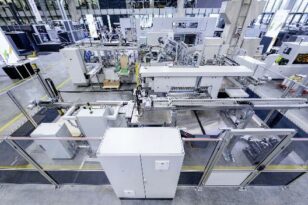 World first – an innovation from Germany